KSI vs. Logan Paul II didn’t do so hot on pay-per-view – report
Press enter to begin your search
Boxing

KSI vs. Logan Paul II didn’t do so hot on pay-per-view – report

It turns out that the interest in the grudge rematch between the two YouTube stars was overstated. 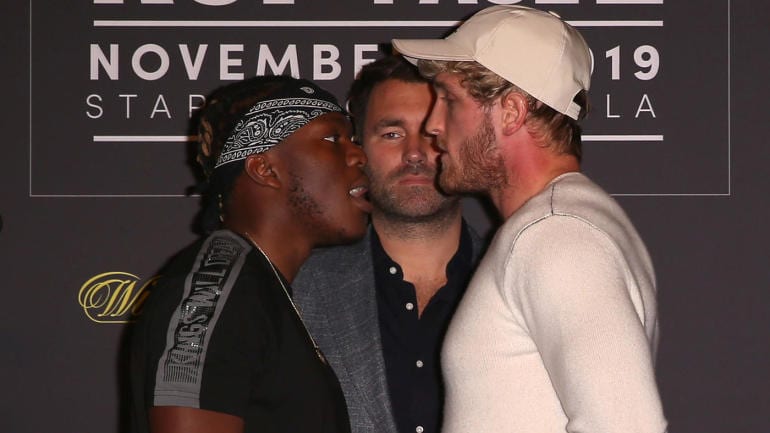 The Eddie Hearn-backed rematch between YouTube stars KSI and Logan Paul was predicted to be a hot commodity across a subsection of boxing and vlogging fans but, in the UK at least, this turned out to be very far from the truth.

The fight, which was won by the UK’s KSI via decision after six-rounds of hum-ho boxing, was a sellout in Los Angeles’ Staples Center and a do-over from an amateur bout the year prior which was declared a draw. However, despite KSI’s status as a supposed star in his homeland, the fight pulled in pay-per-view figures which appear to have fallen well below promoters’ initial expectations.

Per World Boxing News (h/t BJPenn.com), the rematch could only tally 216,000 buys on Sky Sports. This figure is especially surprising considering that the fight was priced at around half the price of a regular boxing pay-per-view compared to Sky’s regular pricing model.

Rematch between @KSIOlajidebt & @LoganPaul only drew a mediocre 216,000 buys on UK pay-per-view

The PPV’s from the @DAZN_USA are not available at this time and there were factors that made the UK PPV difficult to watch, but here is a UK comparsion pic.twitter.com/pLVXzbKUmg

The 5am (UK time) start to the fight could well be considered a factor given that a large section of fans of both YouTubers are young and, frankly, not allowed stay up until 5am. In addition, many of the prospective audience would be heavily literate when it comes to tracking down illegal streams, or replays, where they could watch the fight after the fact.

Furthermore, neither KSI nor Logan Paul were able to crossover their YouTube rivalry into something that interested your run-of-the-mill boxing fan who would prefer to save their funds for more competitive bouts such as Anthony Joshua’s upcoming crunch rematch with Andy Ruiz.

Both KSI and Logan Paul were paid $900,000 for the bout. Numbers are not yet available for the US PPV broadcast.