Katie Taylor is on the hunt for gold once again. 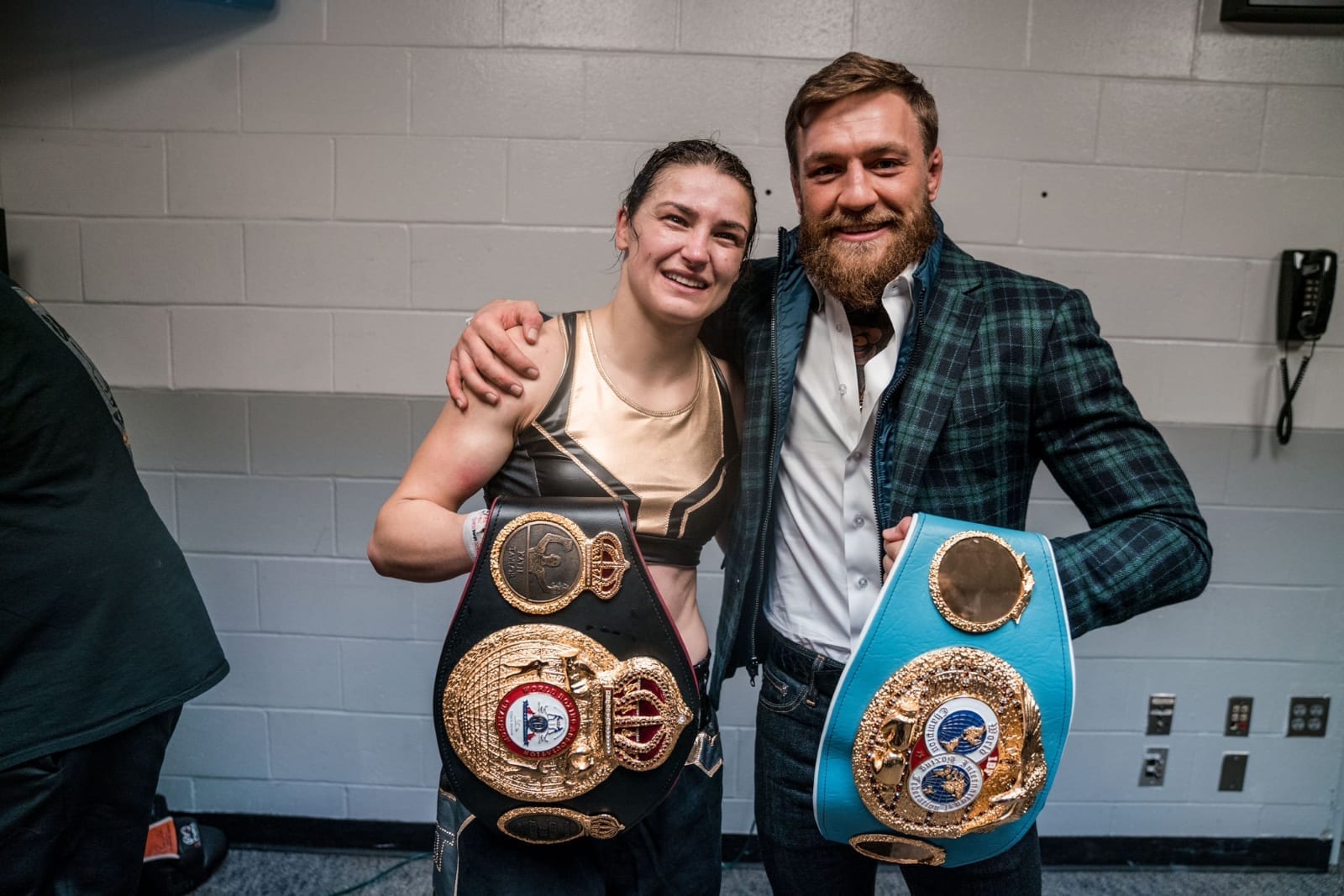 There is already one Irish fighter who can lay a claim to being a two-weight world champion but another of Ireland’s undisputed world champions has cast their gaze towards challenges anew in a different weight category.

Katie Taylor, just a few months removed from unifying the lightweight world titles with a hard-fought decision win against Delphine Persoon in Madison Square Garden, will next face WBO super lightweight champion Christina Linardatou in the main event of a November 2 card at the Manchester Arena.

Taylor, who holds a perfect professional record through 14 fights, takes on the 12-1 Greek fighter whose only career defeat came to Persoon in 2016.

“I had some of my early pro fights at Manchester Arena and to come back in November and headline a card there a couple of years on is amazing,” Taylor said of the contest. “It’s played host to some huge nights in boxing history so I’m honoured to be part of that tradition.”

“It’s a new challenge at a new weight and something I’m really excited about. I still feel like I have so much left to achieve in the sport and becoming a two-weight world champion is one of those goals. There are still so many huge fights out there for me like the Amanda Serrano fight, a rematch with Delfine Persoon and a fight with Cecilia Brækhus but the first goal is November 2nd and winning another World title.”

The fight will be Taylor’s first professional fight at 140-pounds but the Bray native insists that she has no qualms about stepping up in weight for the right challenge.

“I don’t have any issues making lightweight so I think I can move comfortably between the two weights. I always want to push myself and Christina’s an excellent world champion so it will be a big test for me.”