Mike Tyson has been accused of turning down an offer of $25m to meet Evander Holyfield in the ring for a third time by Holyfield’s team. 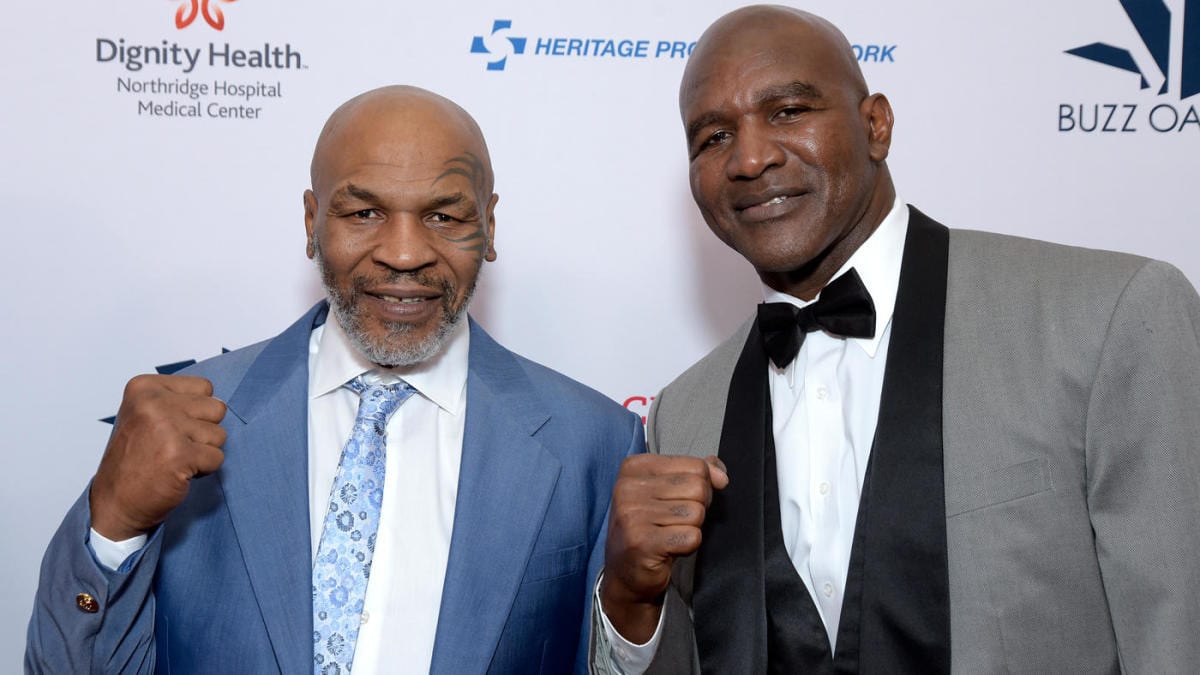 Evander Holyfield’s team have accused Mike Tyson of turning down an offer of $25 million for a third contest on Memorial Day Weekend.

The two boxing legends have been linked for a match-up ever since Tyson announced his return to the ring last year. While Tyson went on to meet Roy Jones Jr. in an exhibition — Tyson’s first time back through the ropes in over a decade — a meeting with Holyfield seemed likely as the next option.

According to Team Holyfield, that’s not happening, despite their best efforts.

“Representatives of Evander Holyfield expressed frustration after Mike Tyson’s representatives refused to accept a $25,000,000 guarantee from Team Holyfield to participate in Tyson v Holyfield 3 at the Hard Rock Stadium to kick off Memorial Day weekend,” read the press release. “The parties have been in intense negotiations for several months and Team Holyfield sincerely believed a deal was imminent, especially after the Hard Rock threw its support behind the project, and there were multiple other offers conveyed to Team Tyson. However, Team Tyson’s demands recently became untenable, and not what Mike Tyson had originally agreed on in direct conversations with Holyfield.

“The event was to occur at the beautiful Hard Rock Stadium, home of the Miami Dolphins NFL franchise, Super Bowl games, and many other world class sporting events and entertainment, and would have been the ideal setting for the trilogy finale of this great rivalry between two of the greatest legends in the history of boxing. While neither side has announced publicly that the fight is not going to happen, with negotiations at a standstill and the date rapidly approaching, it seems unlikely that this fight will occur as planned.

“We thought this was a done deal but it quickly fell apart when Tyson’s people declined all offers,” said Kris Lawrence, Evander Holyfield’s manager. “We were negotiating in good faith all along and it appears we just ended up wasting our time.”

Tyson and Holyfield’s rivalry is iconic in the world of sports, with the duo facing off twice previously. While Tyson famously bit Holyfield’s ear off in their second contest, the pair seemed to have become friends since retiring from active competition.

Clearly some of that competitive spirit, and the frustration that comes with it, still lingers for Holyfield.