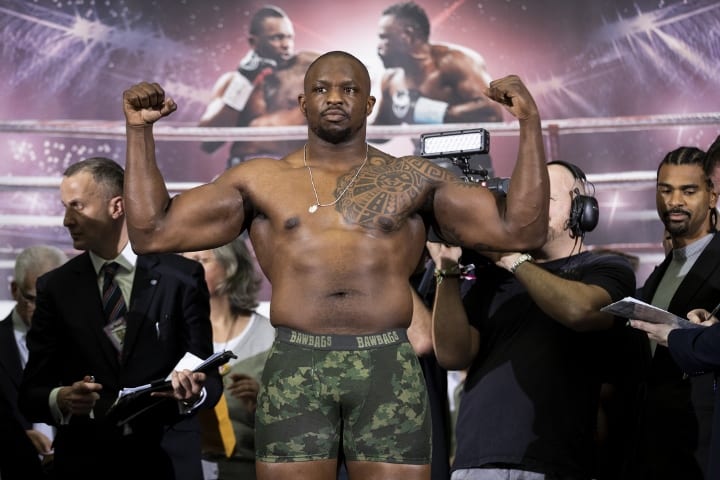 The WBC has confirmed reports that UK heavyweight boxer Dillian Whyte has filed legal action over the date of his mandatory title challenge against Tyson Fury.

Fury, who defeated Deontay Wilder to become the WBC heavyweight champion late last year, is currently linked to a THREE separate fights — with Wilder having taken the rematch option in his contract following the Fury defeat, while Matchroom Boxing chief Eddie Hearn recently announced a breakthrough in negotiations to hold two blockbuster matches between Fury and Anthony Joshua next year.

“There is a procedure with regards to the date of the mandatory in the heavyweight division,” Sulaiman told Sky Sports. “Upon direct advice of WBC legal counsel I am not in position to discuss any further.”

Bob Arum, who promoted Fury in the United States, has said that he intends on holding talks with the WBC with regard to “delating or eliminating” Whyte’s title opportunity.

“We will be talking to the organisations to eliminate mandatories, or to postpone them all for at least one year,” Arum said in May.

However, Eddie Hearn — who promotes Joshua — says that Whyte should get the opportunity that he has earned.

“The point of Tyson Fury and Anthony Joshua and the teams agreeing to the structure of that deal – that deal can happen, that first fight can happen at the end of next summer,” Hearn said to Sky Sports.

“It will be 2021, but there is a big period of time where Dillian Whyte should be getting his shot at the world title and that’s important to us.”