Dereck Chisora fires off at Eddie Hearn during press conference: “I feel like you’re just f*cking me with no Vaseline.”
Press enter to begin your search
Boxing

Dereck Chisora fires off at Eddie Hearn during press conference: “I feel like you’re just f*cking me with no Vaseline.”

Dereck Chisora isn’t happy about his billing, and he isn’t letting it go. 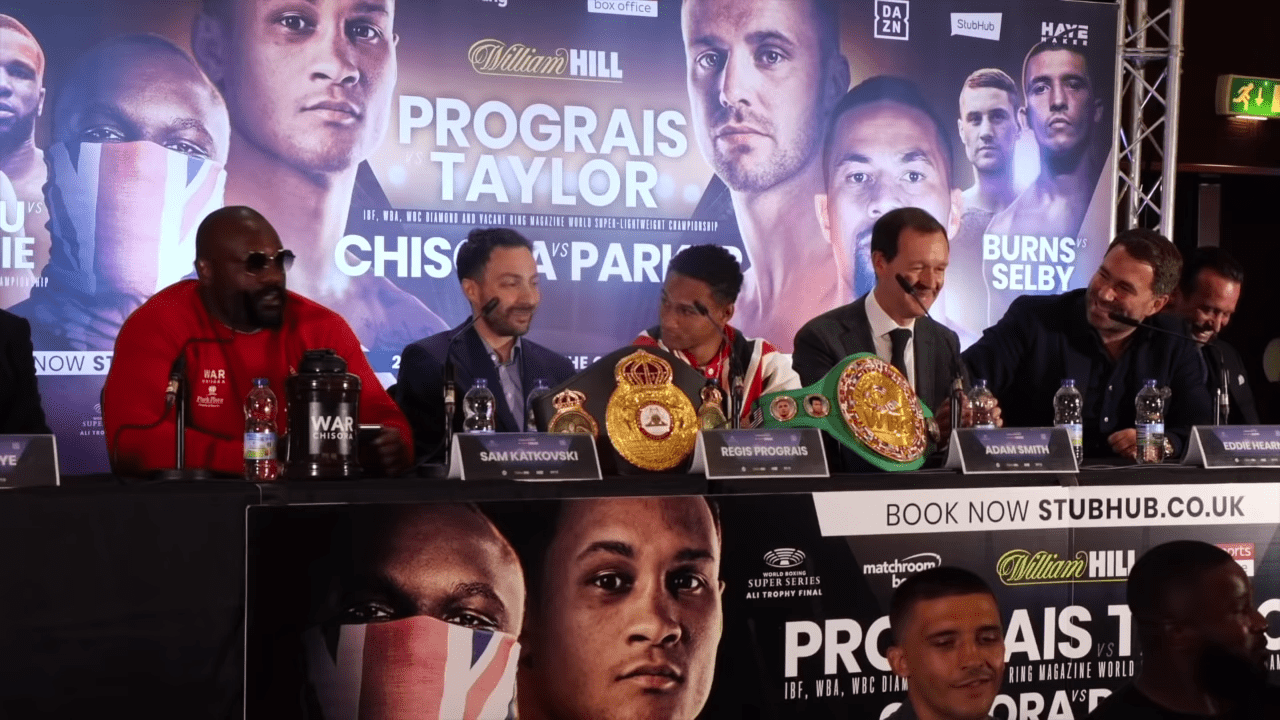 Eddie Hearn might be considered something of a charmer in boxing circles, but it seems Dereck Chisora has had enough of dealings with him.

Chisora is set to feature on Hearn’s Matchroom Boxing show in October, and finds himself facing Joseph Parker as a co-main event to a super lightweight unification fight between Josh Taylor and Regis Prograis.

At a press conference to discuss the event today, however, Chisora exploded at Hearn, apparently furious about the decision to have him and Parker not top the card.

“You’re trying to bombard me, you want me to sell it out to my London crowd, my London fans, and then you want to put these little guys, nobody knows about, on my show and then try and mug me off. Fuck that. I’m being serious. You know this is not right.”

At that point, Chisora directed his attention to Hearn and Sky Sports’ Adam Smith, demanding to know if his bout would be changed to the main event.

“You’re not answering me, and I’m gonna go fucking ballistic now,” he said. “I want more money. I’m not selling out the O2 for these guys to come and take my fans. No. If that’s the case, pull me out of it and then it won’t be a box office. I’m tired of selling your shows and not making any money, so give me some of that fucking money you’re making and let me put it in my pocket.

“We’re not going to get on with it until you tell me, am I going to be the main event? If I’m not, give me more money and then we can get to business. I’m sorry for doing this right now but I feel like you’re just fucking me with no Vaseline. That is it.”

Eventually, Chisora stormed off stage… and then posted this tweet.