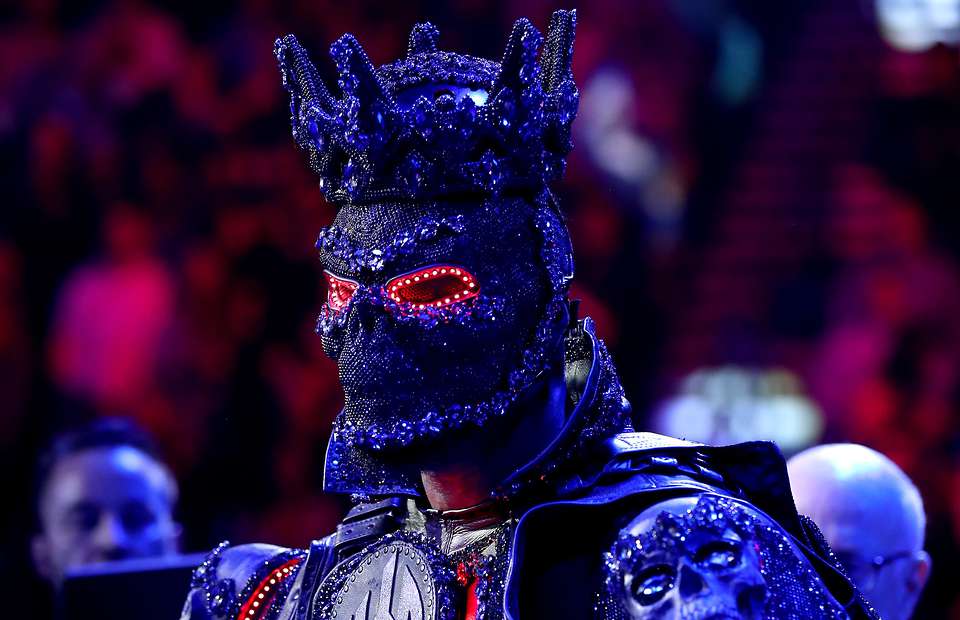 Deontay Wilder walked to the ring on Saturday donned in a stunning black bejewelled uniform with flashing lights. He says it could be the reason he lost.

Wilder was defeated by Tyson Fury in a stunning performance that saw the former champion floored two times as Fury showed a different level of class to win. But according to Wilder, Fury never actually hurt him, and Wilder was only so easy to hit because his legs were gone from the dramatic entrance.

“He didn’t hurt me at all, but the simple fact is … that my uniform was way too heavy for me,” Wilder said, speaking to Yahoo Sports. “I didn’t have no legs from the beginning of the fight. In the third round, my legs were just shot all the way through. But I’m a warrior and people know that I’m a warrior. It could easily be told that I didn’t have legs or anything. A lot of people were telling me, ‘It looked like something was wrong with you.’ Something was, but when you’re in the ring, you have to bluff a lot of things. I tried my best to do so. I knew I didn’t have the legs because of my uniform.

“I was only able to put it on [for the first time] the night before but I didn’t think it was going to be that heavy. It weighed 40, 40-some pounds with the helmet and all the batteries. I wanted my tribute to be great for Black History Month. I wanted it to be good and I guess I put that before anything.”