Benn vs. Eubank Jr officially off after failed drugs test

The legacy fight between Benn and Eubank Jr has been scrapped 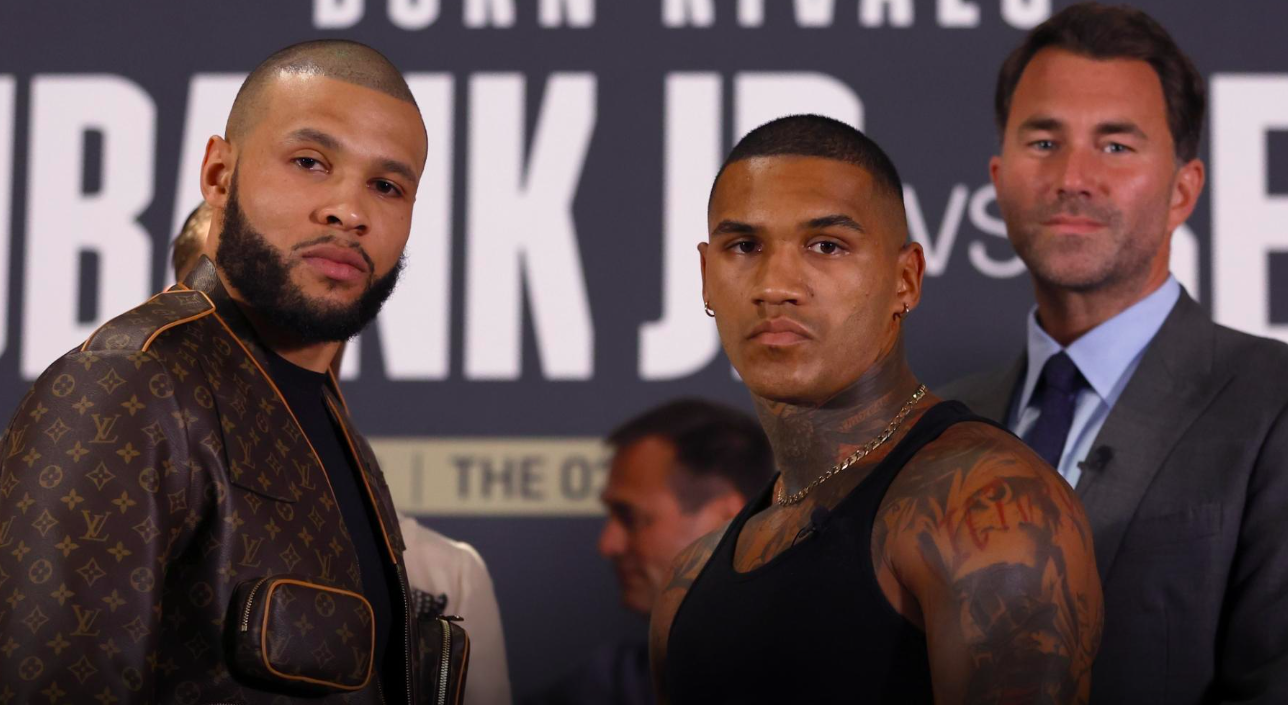 Saturday’s much-anticipated showdown between Conor Benn and Chris Eubank Jr is off, a day after it was revealed that Benn had failed a drug test for the female fertility drug clomifene.

The fight, which was to come almost 29 years to the day after their fathers, Nigel Benn and Chris Eubank, met in the ring for the second time in a fight ruled a draw and which came three years after the two British rivals first met in the ring — a fight which Eubank won by TKO.

However, it was revealed on Wednesday that a drug test submitted by Benn had contained traces elements of clomifene which is known to increase testosterone production in men. The results of the test prompted the British Boxing Board of Control (BBBofC) to withdraw their sanctioning of the contest and issue a recommendation that fight doesn’t go ahead.

However, Benn and Eubank Jr’s respective promoters, Eddie Hearn and Kalle Sauerland, as well as both fighters, initially pushed ahead with plans to hold the fight as planned. Hearn’s Matchroom Boxing subsequently stated that there was no reason for the fight to not be held, and reiterated that Benn was not under any sort of suspension.

Let’s see what today brings but to make one thing clear, I will not be promoting this fight with a foreign commission or alternative governing body on Saturday night

Benn’s test failure was flagged by VADA but BBBofC events are governed by the UK Anti-Doping Agency — who tested Benn and found no adverse results, according to Hearn.

But after extensive discussions on Thursday afternoon, the decision was made to pull the plug on the fight ahead of a scheduled 4pm press conference (which had been pushed back from 1pm).

It had been suggested that Hearn may seek to hold the bout under the terms of another sanctioning body but he ruled that out as possibility on Thursday afternoon.

“Let’s see what today brings but to make one thing clear, I will not be promoting this fight with a foreign commission or alternative governing body on Saturday night,” he wrote on Twitter.

Further updates are expected in due course from both promoters, as well as clarity on what will happen with the rest of the fight card.