Benn vs. Eubank Jr is on the ropes 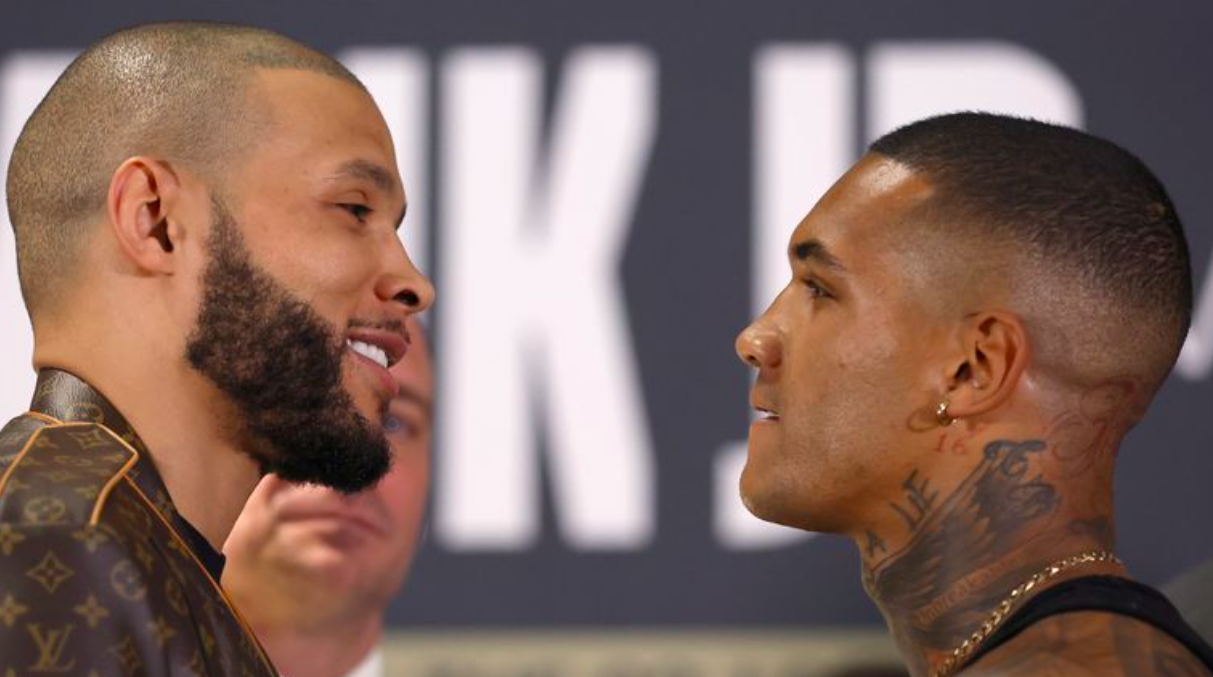 The legacy showdown between Conor Benn and Chris Eubank Jr. appears set to be scrapped after it was confirmed days out from the fight that Benn has failed a drugs test.

The two English boxers, whose fathers fought each other twice in the 1990s, had been set to clash in a highly-publicised fight on Saturday night — that was until the British Boxing Board of Control announced on Wednesday that the fight is “prohibited” and “not in the interests of boxing”.

Promoters Matchroom Boxing and Wasserman Boxing issued a statement earlier to say that a drug test submitted by Benn had found an  “adverse analytical finding” for a fertility drug in his system.

“We have been made aware that a random anti-doping test for Conor Benn conducted by the Voluntary Anti-Doping Association returned an adverse analytical finding for trace amounts of a fertility drug,” the joint promoter’s statement said. “The B sample has yet to be tested, meaning that no rule violation has been confirmed. Indeed, Mr Benn has not been charged with any rule violation, he is not suspended, and he remains free to fight.

However, this was soon countered by a press release issued by the British Boxing Board of Control.

“On the evening of 4th October 2022, the Board of the British Boxing Board of Control Limited resolved that the contest between Chris Eubank Jnr. and Conor Benn scheduled to take place on 8th October 2022 is prohibited as it is not in the interests of Boxing,” they said. “That was communicated to the Boxers and Promoters involved on the morning of 5th October 2022.”

“Both guys signed up to a multitude of testing for this fight. The UKAD testing which is what the BBBofC use, have all been cleared and negative, and there was an adverse finding on a VADA test previously,” he said on the Matchroom Boxing YouTube channel.

“So there has not been an official doping violation, there is a process that has to be gone through,” Hearn added. “Benn is not suspended by the BBBofC, he can’t be ultimately because he’s passed all the tests from UKAD. But clearly the BBBofC will take a position on it, we’ll deal with the lawyers.”

“Both camps are prepared to progress with the fight, but ultimately the conversations have to be had with the lawyers and the teams and the BBBofC.”

It remains unclear at the time of writing if the fight will go ahead.