Anthony Joshua says ‘I let myself down’ in Usyk aftermath

Joshua was outpointed by Usyk in Saudi Arabia 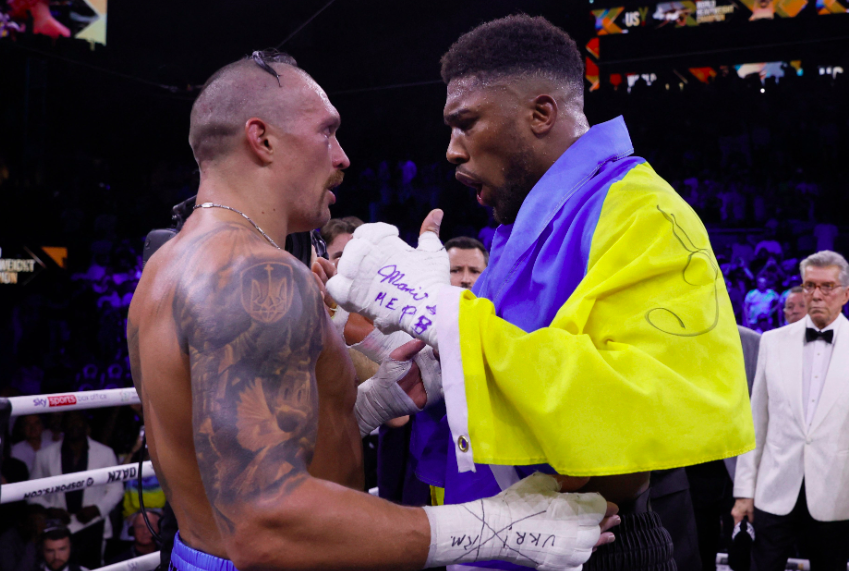 Oleksandr Usyk confirmed that he is the world’s premier active heavyweight fighter on Saturday night as he overcame a tough ninth round against Anthony Joshua to ultimately claim a second successive win over the Briton in Jeddah, Saudi Arabia.

Usyk again showed off his technical mastery by outgunning Joshua in the majority of the rounds, even if one judge — American Glenn Feldman — somehow scored the bout in Joshua’s favour. In the end, justice was done and Usyk scored a decisive win for himself and, you feel, the entire nation of Ukraine.

However, the fight was somewhat overshadowed by the actions of Joshua afterwards after the former champ threw two of the world titles out of the ring before storming out. He was ultimately convinced to return, where he grabbed the mic before Usyk had a chance to speak and launched into a bizarre, minutes-long rant — actions for which he has subsequently admitted were uncalled for.

I’ll be the first to admit, I let my self down. I acted out of pure passion and emotion and when not controlled it ain’t great.

I love this sport so so much and I’ll be better from this point on.

“You are a class act, champ,” he said. “Yesterday I had to mentally take myself into a dark place to compete for the championship belts! I had two fights, one with Usyk and one with my emotions and both got the better of me. I’ll be the first to admit, I let myself down. I acted out of pure passion and emotion and when not controlled it ain’t great. I love this sport so so much and I’ll be better from this point on. Respect.”

The defeat marks the third loss in Joshua’s past five fights but he also stated afterwards that he wants to get back in the ring before the end of the year.

“I spoke to Eddie [Hearn] and asked him if it’s possible to get out in November because momentum is important in boxing – Eddie said December,” Joshua said. “If it’s about who I fight, it’s come one, come all. Whoever wants it can get it, I don’t mind.”