Adesanya was stunned by what he saw at UFC 278 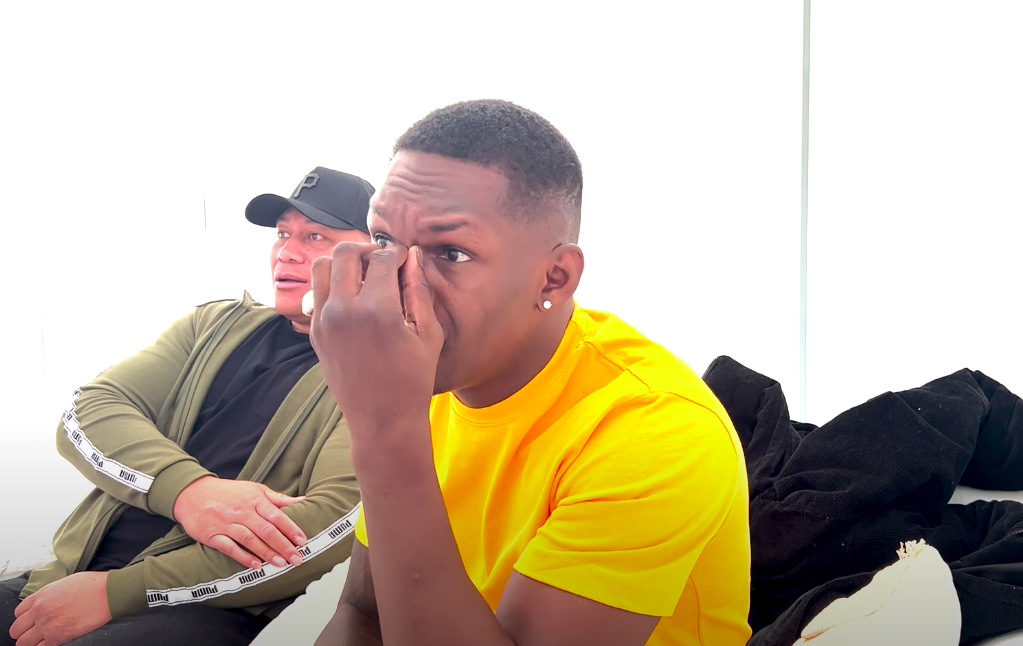 It was one of the most stunning finishes to a fight in recent UFC history, and you can add Israel Adesanya to the list of people who couldn’t believe their eyes when Leon Edwards knocked out Kamaru Usman in the final minute of their world title fight in Salt Lake City on Saturday night.

Usman and Adesanya have forged a close bond as being two of the most prominent African-born fighters in history, so much so that Usman had previously suggested he would jump TWO divisions in a bid to pursue a new challenge in his undefeated UFC run so as to avoid having to take on Adesanya at middleweight — but you would imagine those plans have drastically changed given the circumstances which led to his stunning KO at the hands (well, shin) of Edwards at UFC 278.

Adesanya captured his reaction to the stunning finish on his personal YouTube channel, which you can see below and which came after Adesanya had stated that he saw Edwards as the biggest threat to his friend at 170-pounds.

“The biggest threat to Kamaru’s throne is Leon Edwards,” said Usman before the fight. “I’m going with Kamaru because of his momentum right now. Also, I know how hard he works. Usman is a guy right now that has momentum behind him and I feel like [Edwards] is a guy that deserves this title shot because he’s been overlooked for so long.”

But when the finish came, Adesanya couldn’t help but be happy for Edwards.

“What a finish, just like a real life Rocky story,” he said. “It goes with his name, Leon ‘Rocky’ Edwards the new UFC welterweight champion. It’s bittersweet, I’m so happy for Leon and Tim [Simpson] but then I’m so sad for Kamaru. I know they are going to have a [trilogy] or something.

“He was winning the first round, Kamaru said ‘right’ then stepped it up for the second, third and fourth. The fifth round Leon just switched on, even I thought he was getting discouraged because he was getting taken down. His coach gave him that speech at the end of the fourth, right before the fifth, it just switched him on. This is the game we play, congratulations to Leon Edwards.”