‘Honestly, it was like Christmas’: Frontline medical worker thanks Conor McGregor after crucial PPE donation
Press enter to begin your search
MMA

‘Honestly, it was like Christmas’: Frontline medical worker thanks Conor McGregor after crucial PPE donation 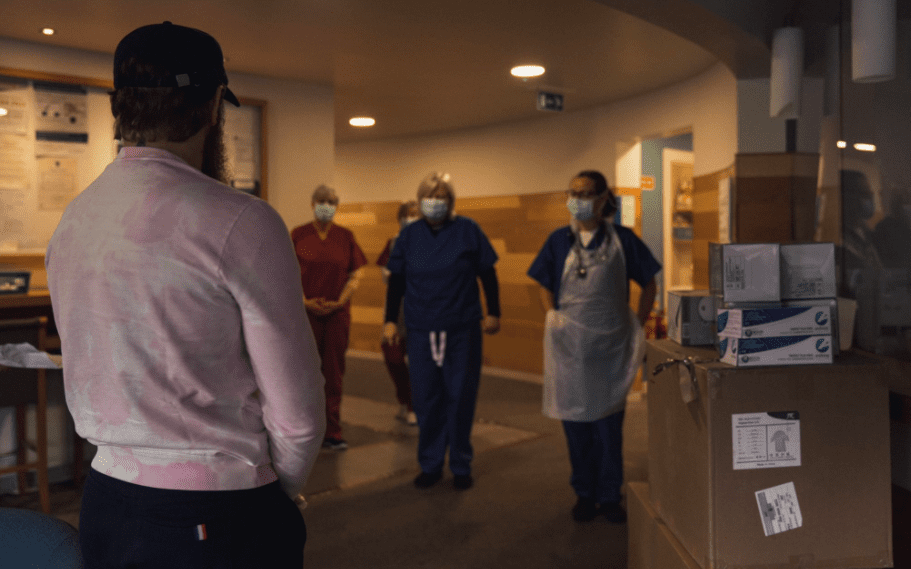 Given that the ongoing coronavirus health crisis is a truly global issue, it means that some healthcare systems across the globe are taking on an almost daily fight designed to secure the necessary medical equipment required to combat the potentially deadly virus.

As such, crucial medical equipment is in massive demand across all sectors. The production of ventilators and other mechanical equipment to support intensive care units has been ramped up but there are still several shortages when it comes to Personal Protective Equipment (PPE) used by medical staff, with some medical facilities reporting extreme struggles when it comes to ordering vital equipment.

Charities and independent philanthropy have moved to fill these gaps, some of which have been orchestrated by Conor McGregor, and Dr. Nina Byrnes, Medical Director Generation Health Medical Clinics, says that the McGregor’s help has been crucial in Ireland’s fight against Covid-19.

“So we’re depending on UFC fighters now for PPE?”@DrNinaByrnes on the delivery of much needed PPE to her surgery by @TheNotoriousMMA and @Heroes_Aid.#TonightVMTV pic.twitter.com/INarnBLIB0

28 counties. 165 locations. 18 vans.
A real solid day for the team! Tomorrow we go again.
Thank you all involved! pic.twitter.com/ofNktJipP7

“I have to give credit where credit is due,” Dr. Byrnes said on Irish television Thursday night.  “Conor McGregor donated €1.5 million to that charity. He’s not the only person and I think he’d be the first to say that there’s a fantastic team in Heroes Aid who have worked really heard. But yes, it is kind of shocking. It was like Christmas.

“He and his team arrived into my surgery yesterday unexpected with a box, and we were so shocked that we sort of said ‘thank you’ and we were stunned. When he went out the door we opened the box and realised that they were gowns.

“Honestly, it was like Christmas. Myself and my manager ran down the stairs after them to thank them because we had been trying really hard to get gowns. We could only find them at €9 a gown and you had to order 200 and we just couldn’t afford to do that. I would have had no gowns today if it were not for charity.”