A crazy week for Joaquin Buckley might just have become even more surreal. 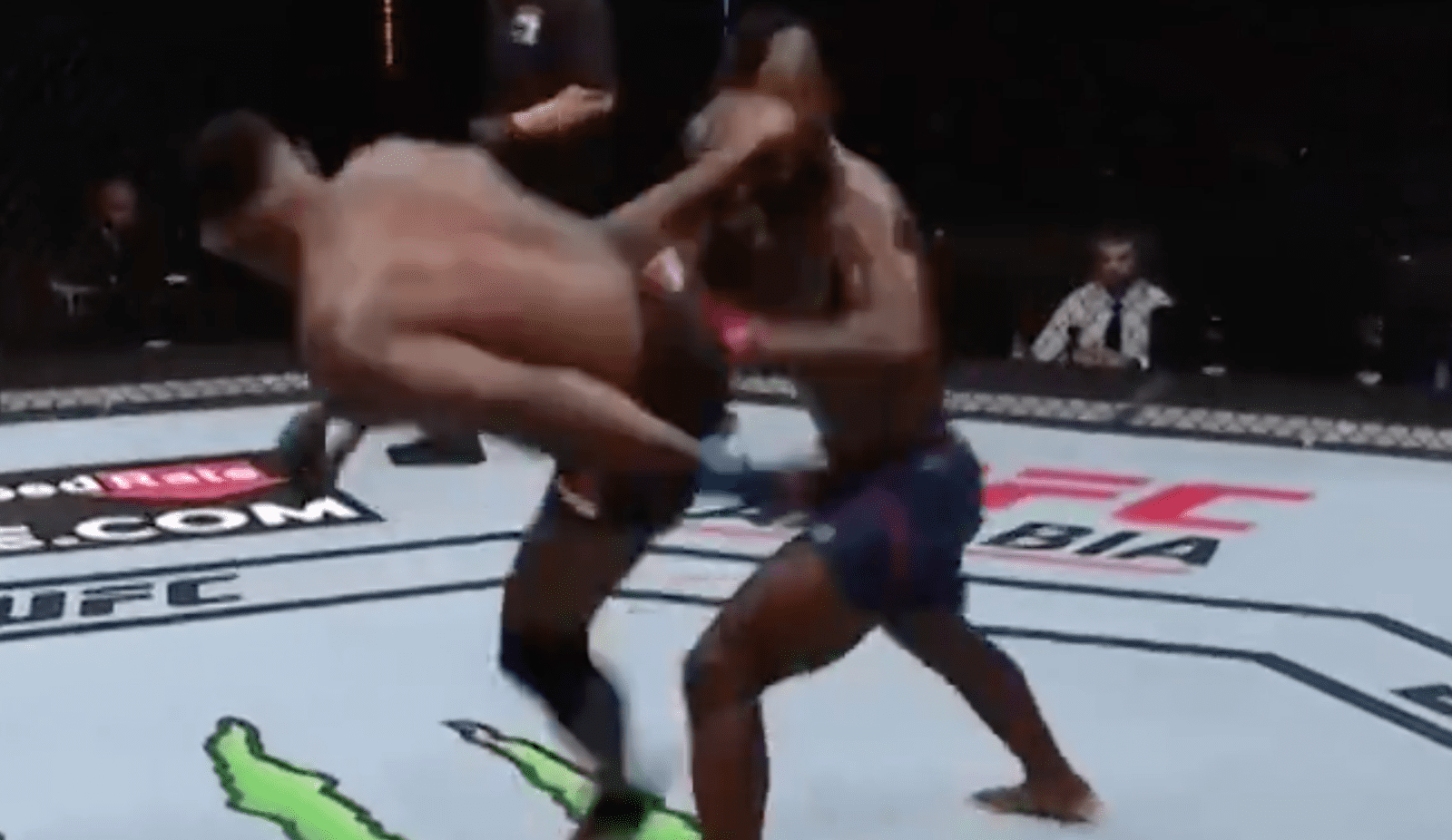 Buckley scored a stupendous knockout last weekend on ‘Fight Island’ when he used one of his own kicks being caught to propel his other foot into Impa Kasanganay’s face. The clip of the kick has become one of the most shared on UFC platforms, and is being touted as one of the most unbelievable finishes to a UFC fight ever.

Now, Kanye West has used the clip of blow and dubbed it with “theme music” as he continues his apparent run to be president of the United States.

“THE WHOLE TEAM IS SO ENERGIZED THAT I HAD TO RELEASE THEME MUSIC NAH NAH NAH” wrote West on his social media.

THE WHOLE TEAM IS SO ENERGIZED THAT I HAD TO RELEASE THEME MUSIC NAH NAH NAH pic.twitter.com/p3NhTV11cN

Whatever you think of this particular West music creation, it’s no doubt an incredible moment for Buckley, who appears to have potentially changed his life with just one kick.