A super heavyweight bout at a regional event last weekend had a rather unique ending. 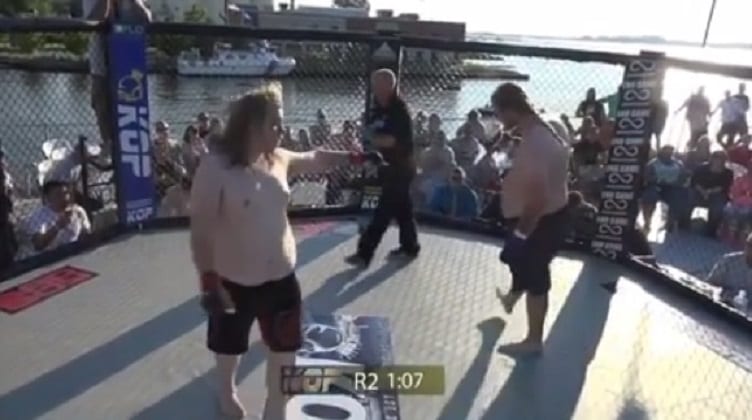 They say that you never forget your first fight and in the case of Sean Needham that will most certainly be the case.

By all accounts, Needham was on the way to losing his debut amateur MMA fighter against fellow super heavyweight Jesse Reasoner before some conditioning issues on the part of Reasoner became apparent towards the end of the second round. To be a little more specific about it, he began puking in the middle of the cage and was subsequently disqualified.

The referee called the contest immediately ensuring that Needham remains undefeated as an amateur, while Reasoner drops to 2-5. The official ruling was that the fight was stopped by reason of TKO/Referee stops contest.

Now, we’re not sure if there’s any precedent for this specific type of incident in the unified rules of mixed martial arts (any officials reading this, please feel free to fill us in) but it’s certainly one of the more unique official rulings we’ve come across recently.

Watch the footage (at your own risk) via FloCombat below: