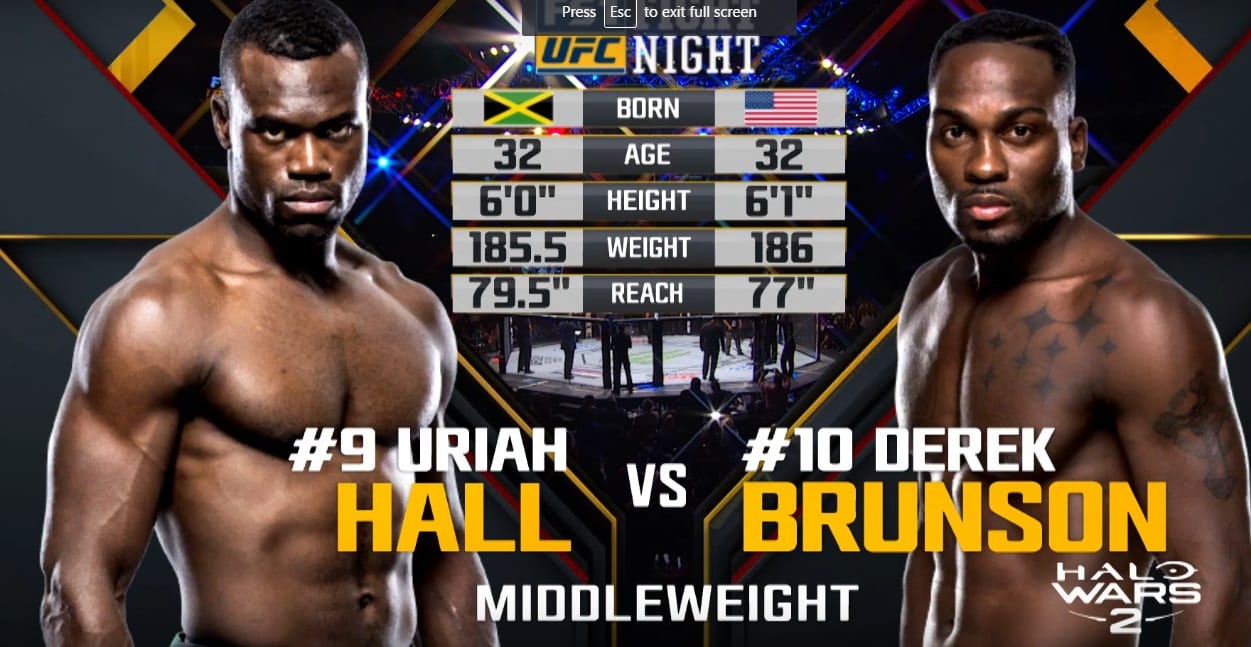 On Saturday night Derek Brunson will take on the most high profile challenge of his career when he faces Anderson Silva in the co-main event UFC 208 from Brooklyn, New York.

Brunson was red hot in the UFC’s 185-pound fold, winning four in a row by first round knockout before dropping a bout to hometown favourite Robert Whittaker in Australia last year. The American will get a chance to redeem himself with the most high profile bout of his career when he faces the legendary Anderson Silva in the co-main even of UFC 208 in Brooklyn this Saturday evening.

Brunson possesses concussive power in his hands, as the evidence below suggests, but if Silva has proven one thing in his career it’s that he’s notoriously difficult to hit — let alone knock out.

With the Spider seemingly suffering from the law of diminishing returns as the years add up, Saturday might be the ideal time for Derek Brunson to make his mark on the sport and hand Silva third successive defeat.