If Francis Ngannous wants some of Daniel Cormier, Cormier wants some right back. 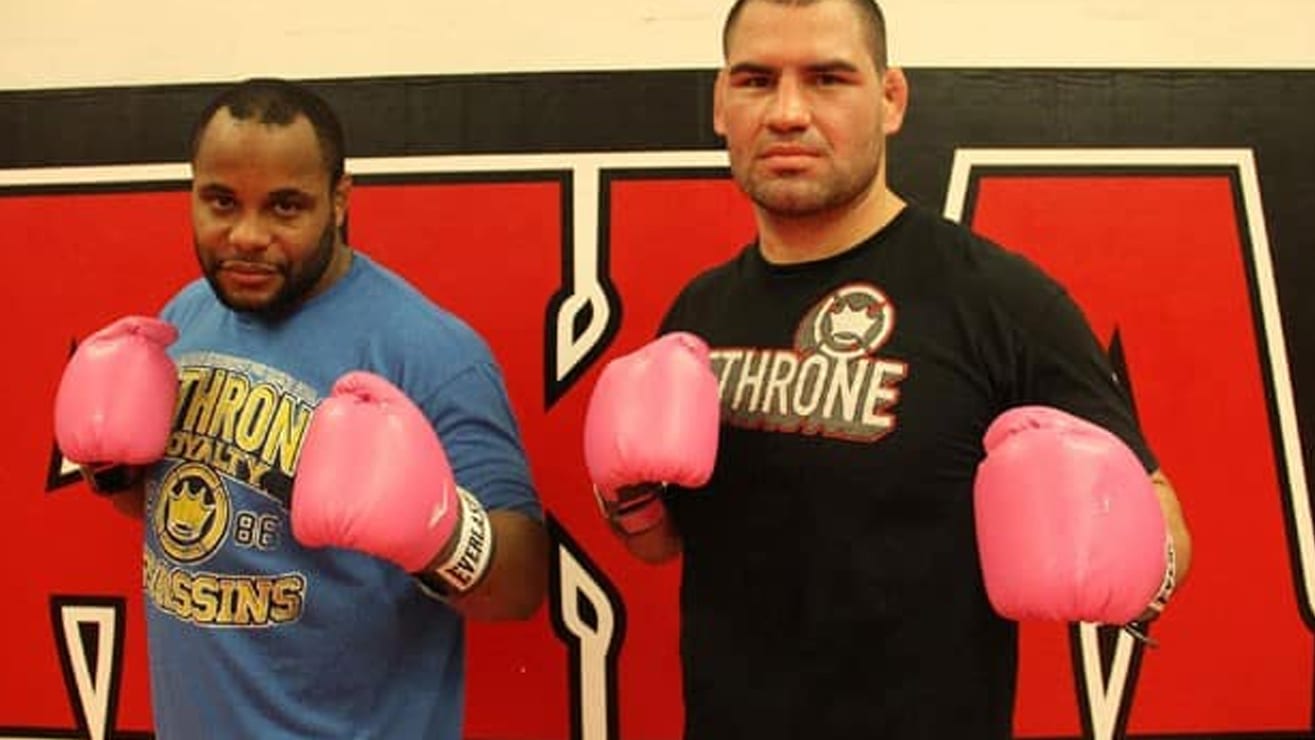 There is one thing about planning to retire as champion; the list of contenders wanting to take your belt is an ever-expanding one.

A downbeat Daniel Cormier says he would be willing to take on Francis Ngannou should the situation present itself after ‘The Predator’ scored a sensational first-round win against Cormier’s close friend and American Kickboxing Academy training partner Cain Velasquez in the main event of UFC Phoenix on Sunday night.

Ngannou needed just 26 seconds to defeat the former champion after connecting with a short right shovel hook as Velasquez hustled for a takedown against the fence. Velasquez’s knee appeared to buckle which caused confusion as to whether he had been knocked out or suffered an injury TKO, though a myriad of post-fight replays would eventually confirm the manner of Ngannou’s victory.

What next for Ngannou? Logic suggests that he has firmly re-established his title credentials in the UFC’s heavyweight division, though last year’s damp squib title shot against then-champ Stipe Miocic will rightfull cause some to want to pump the breaks — for now — on that particular idea.

What if, though? Speaking to Ariel Helwanis on ESPN’s SportsCenter in the aftermath of the main event, a clearly disheartened Cormier gave his thoughts on the fight and any potential future encounter with the French-Cameroonian heavy hitter.

Daniel Cormier was kind enough to join me on @SportsCenter after tonight’s main event. Money line: “I would not fight Francis, I would beat him.” pic.twitter.com/Qv6qbjco9E

“Every time you see something like that, the emotions tell you you go get it back, you go make it right,” Cormier said of the main event. But Francis Ngannou, who didn’t ask for a fight, maybe later he will, and if that’s something we decide we want to do, then that’s what I’ll do.

The loss is a tough pill to swallow for Velasquez, but also for Cormier as well. The famously loyal fighter has been with Velasquez for practically his entire mixed martial arts career and their friendship borne on the AKA canvass is easy to see.

“I know how hard he trained,” he said. “I know how well he prepared for this fight, and for it to end the way that it did was very unfortunate, was very hard to watch, I wasn’t able to get to Phoenix. It’s sad, it makes me very sad that I’m not there right now, that he lost in this way.”