‘What I would do differently is I wouldn’t tap’: Glover Teixeira talks Prochazka rematch
Press enter to begin your search
MMA

‘What I would do differently is I wouldn’t tap’: Glover Teixeira talks Prochazka rematch

The Brazilian says he was ‘too careless’ against Prochazka 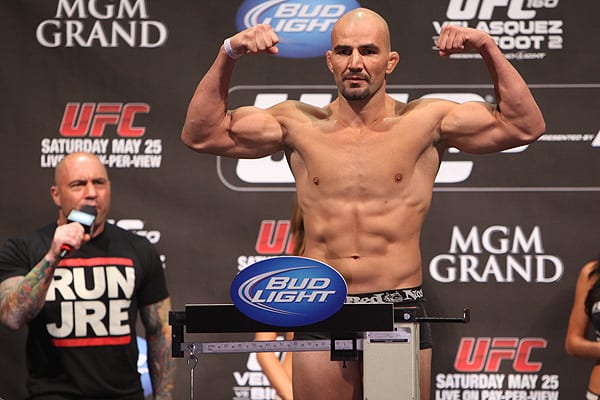 Glover Teixeira, the second-oldest champion in the history of the UFC, is not happy with the manner of his defeat to Jiri Prochazka earlier this year.

The Brazilian, 42, lost the 205-pound title via fifth-round rear-naked choke in a fight in which he was likely ahead on the scorecards (at least entering the fifth round) in a fight which snapped a six-fight skid against Czech fighter Prochazka — and the veteran light heavyweight has vowed to go one better when they rematch at UFC 282 later this year.

And his starting point for showing off an improved performance? Just don’t tap.

“What I would do differently is I wouldn’t tap,” he said to Ag Fight, as noted by Bloody Elbow. ” wouldn’t get submitted. That fight went down my way, so the preparation (for the rematch) will be the same. Of course we’re going to make some adjustments, because he should come back better, too. That’s about it, though. If the fight goes down the same way, I’m going to be focused to not to fall into any traps. It was careless, really. Fifth round, I was winning the fight. Nobody expected a submission there. It was really careless.”

The Brazilian, who has been around the sport for more than two decades and was a former sparring partner of Chuck Liddell, had arguably been in career-best form heading into the fight with Prochazka, who himself has been defeated just once in the best part of a decade.

The gameplan first time around, Teixeira says, was to use all the weapons available as a mixed martial artist to put the Czech star on the backfoot throughout — but he added the Prochazka’s defensive acumen proved to be a little sterner than he had anticipated.

“I’m going to be really focused, though,” Teixeira said of the rematch. “My goal is to bring the belt back home. The gameplan was to take him down once every round and win that way. Prochazka was a great fighter on the ground. He showed great defence and that’s going to happen to both of us. Next time it might even be a better fight, who knows?”