UFC 280 is a go after Friday’s weigh-ins 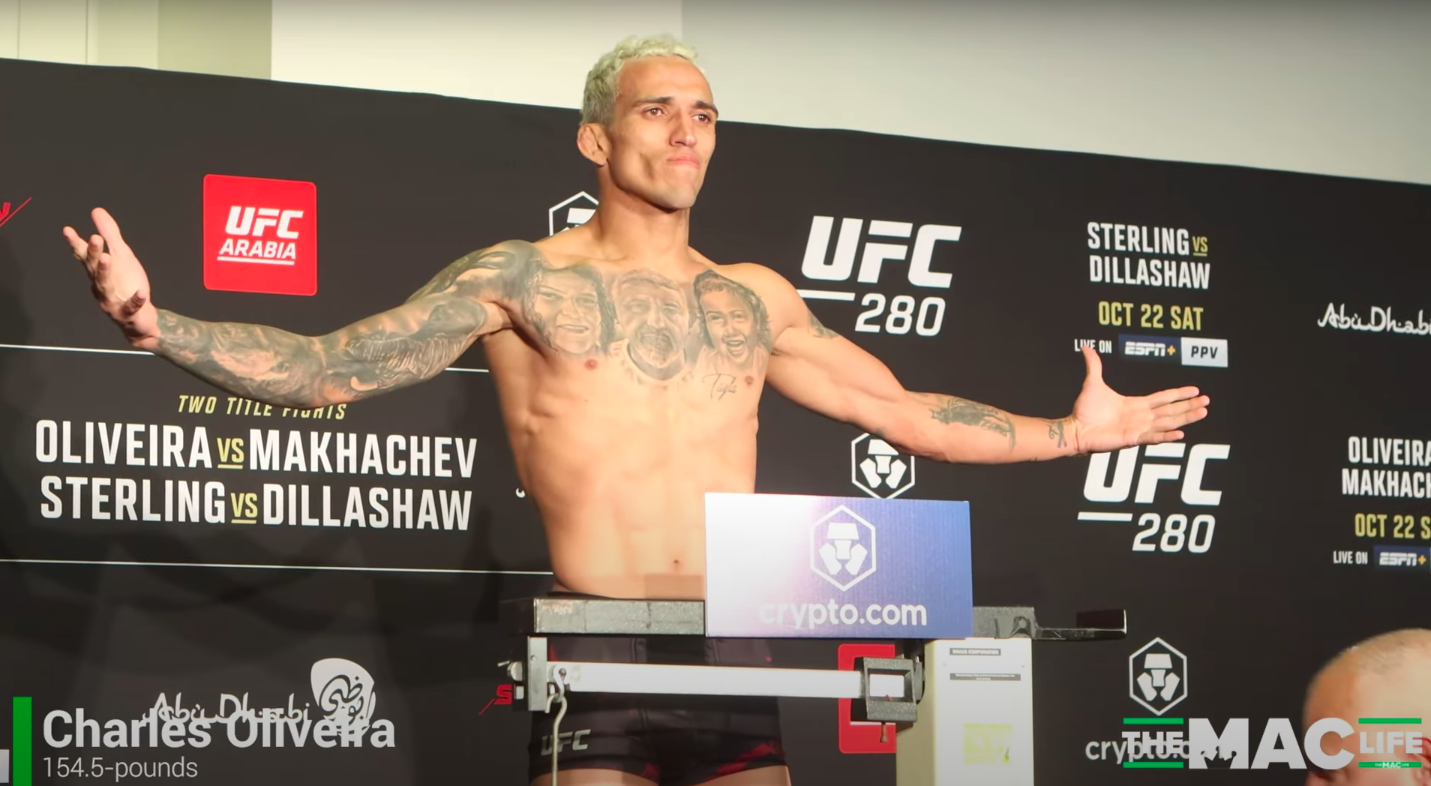 The two men in the main event, Charles Oliveira and Islam Makhachev, registered identical weights of 154-5 pounds on the scales ahead of their bout to contest the vacant UFC lightweight championship — a title belt Oliveira lost on the scales earlier this year after weighing marginally heavy on the eve of his first round submission victory against Justin Gaethje in May.

The night’s other title bout between bantamweight champ Aljamain Sterling and TJ Dillashaw is also on track after both hit 135-pounds even, while both Sean O’Malley and Petr Yan made weight at 135.5 and 136-pounds respectively for the much-anticipated bantamweight fight.

Just one fighter missed weight with Katlyn Chookagian hitting 127.5 for her flyweight fight with Manon Fiorot. Russian fighter Zubaira Tukhugov, meanwhile, was removed from the card entirely after the UFC reported that Tukhugov was experiencing “weight management issues” ahead of a scheduled bout with Lucas Almeida. Tukhugov missed weight for a recent fight against Hakeem Dawodu.

The full UFC 280 weigh-in results are: