Conor McGregor and Donald Cerrone came face-to-face on Wednesday ahead of their UFC 246 headliner this weekend. 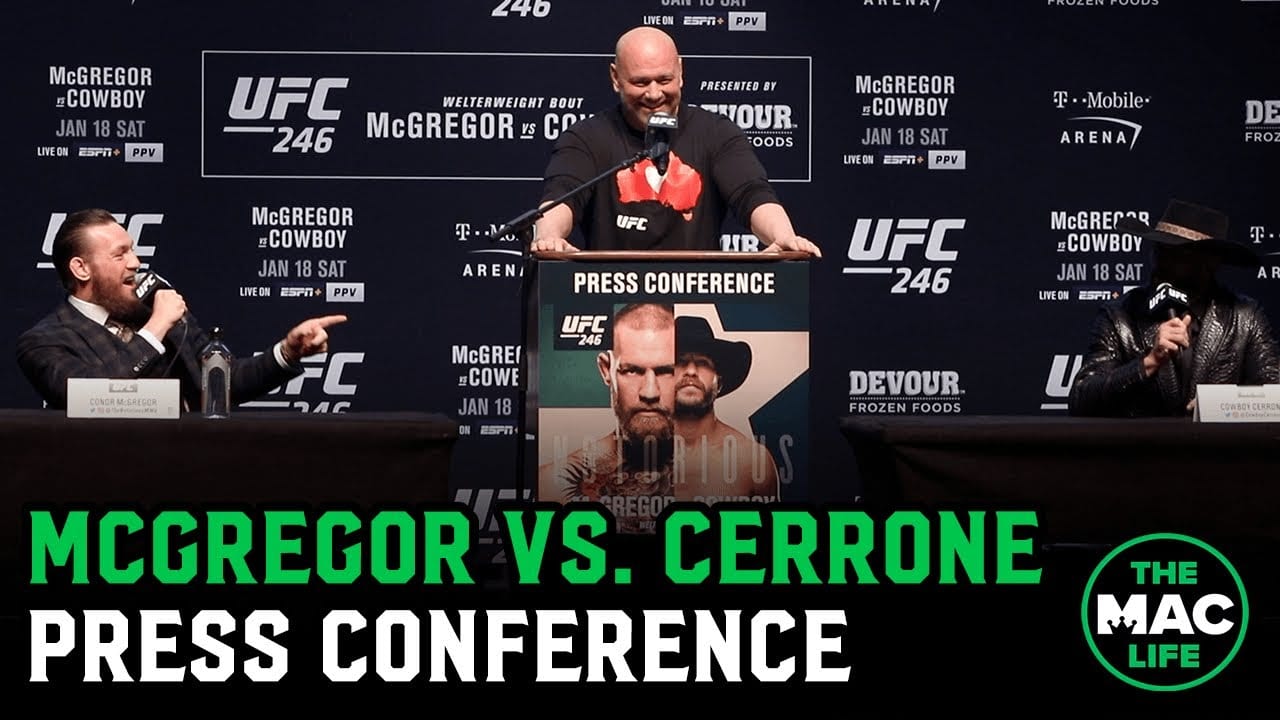 The time for talking is almost over.

Just days removed from Conor McGregor’s return to the Octagon this weekend against Donald Cerrone which will headline the UFC’s first event of a brand new decade, the two featured players came face-to-face for the first time late on Wednesday in Las Vegas and instead of the charged type of atmosphere which usually comes from press engagements such as this, the overwhelming feeling was of two fighters happy and excited to compete.

‘McGregor time’ was, for once, in sync with the clocks at the Pearl Theater at the Palms Casino Resort, a venue noted by McGregor as hosting some early fights from the UFC’s ‘The Ultimate Fighter’ series, as the Dubliner entered the stage just after the advertised start time of 5pm Pacific (1am Irish time), where both men soon shook hands, making it clear that this wasn’t to be an occasion of back-and-forth insults.

Credit where credit is due… that’s a damn fine coat.

Instead, both fighters made clear their admiration for one another.

“It’s hard not to respect Donald,” McGregor said early. “Although there will be blood spilled, it will not be bad blood. As for the Mystic Mac prediction, it will be a KO.”

McGregor again outlined his intention of competing in a season in 2020 which will take in at least three fights and while he made clear that his attention was squarely on Cerrone, he did take a moment to tease what his future might hold.

“I’d take both,” McGregor said when asked if he would prefer to fight Jorge Masvidal or UFC welterweight champion Kamaru Usman. “I’d like that BMF title. To me, the gold has more significance to it. … I thought we were robbed of a classic.”

Watch the full press conference below: