Watch: Title challenger Jamahal Hill ‘ready for the kill’ ahead of Teixeira showdown
Press enter to begin your search
MMA

Watch: Title challenger Jamahal Hill ‘ready for the kill’ ahead of Teixeira showdown 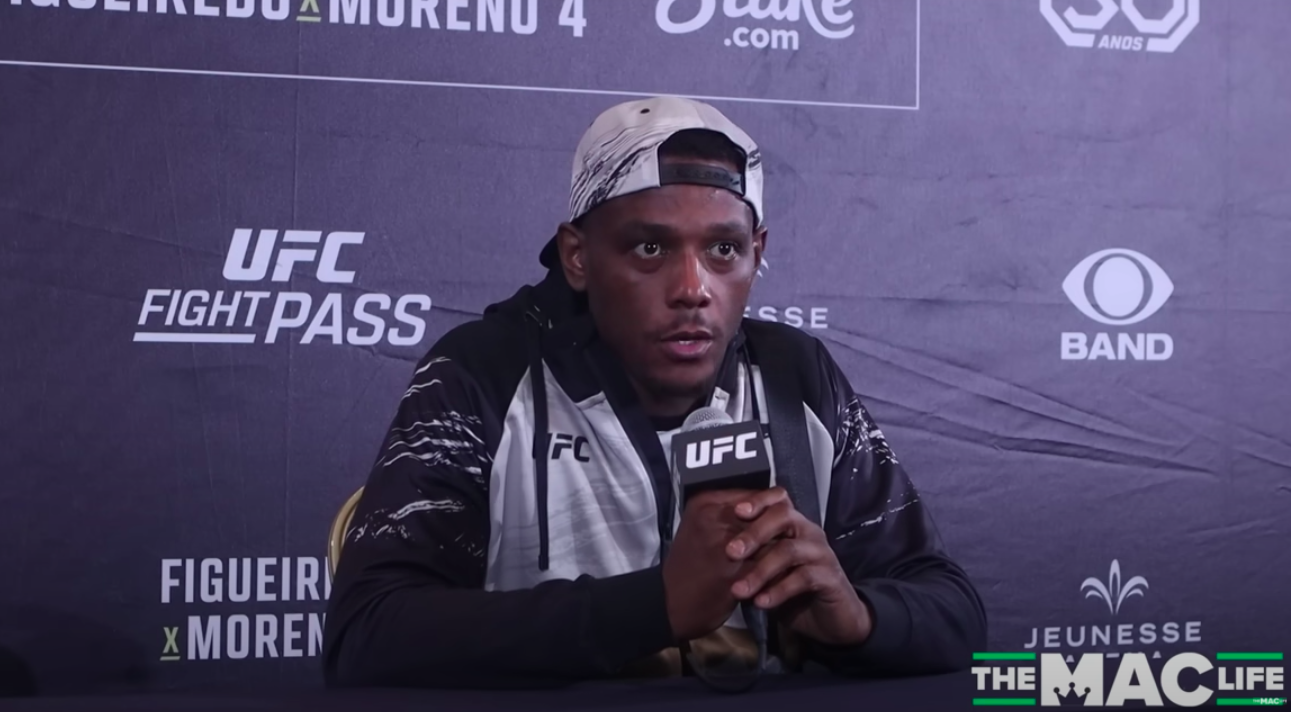 Following the injury which forced Jiri Prochazka to relinquish his UFC light heavyweight title and the lacklustre bout soon afterwards between Jan Blachowicz and Magomed Ankalaev which resulted in an unsatisfying draw, Jamahal Hill is ready to show exactly why he feels he is the new pacesetter at 205-pounds.

On Saturday night in front of what will be a fiercely partisan crowd, Hill will face former champion Glover Teixeira with the UFC’s vacant light heavyweight title on the line and the American knockout artist told the media this week, including The Mac Life, that he is more than ready for what is by far the biggest fight of his young career.

The first faceoff of Fight Week!@GloverTeixeira and @JamahalH fight for the light heavyweight throne on Saturday night 🏆

The two fighters locked eyes on Tuesday for a promotional staredown — and Hill says that what he saw in his opponents eyes shows that he doesn’t quite have the same desire to have has hand raised this Saturday night in Rio de Janeiro.

“I’m just hungry, ready for the kill,” Hill said Wednesday. “Whenever I’m in a face-off or whenever I’m in the cage, you see the difference in my eyes. It’s a competitor, and this competitor is a killer. I saw some fire in his eyes. I saw that he’s just ready. You can tell he’s been here before and he’s ready to go through it, but I just didn’t see the same fire that I’m coming with.”

Hill, who has finished each of his past three fights inside the distance, has been hailed as one of the 205-pound division’s breakout fighters over the last couple of years — with each of last finishes being noted by the UFC as worthy of performance bonuses. One more win, and he will find himself at the top of the pile in talent-rich division — but that is easier said than done when standing opposite Teixeira, the veteran fighter who has seen it all throughout his 21-year professional career.

There is no denying as to where the audience’s loyalties will lay comes fight time inside the Jeunesse Arena — but Hill says he is paying that no heed.

“The crowd can’t fight for him,” he said.