Perry isn’t even scheduled to fight Magomed Ismailov, but here we are 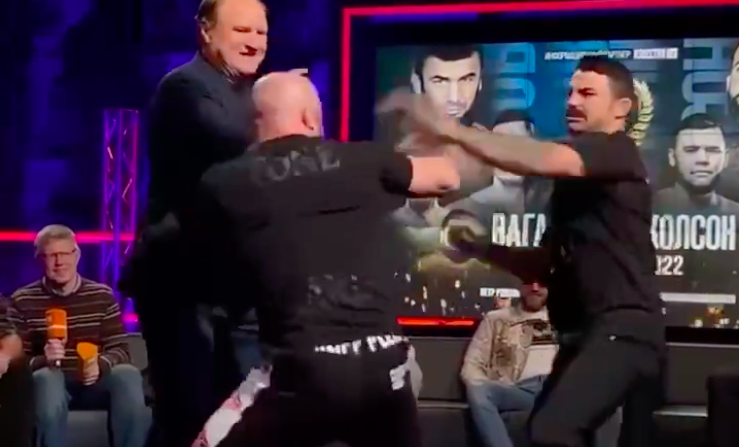 Mike Perry is known by many as a fighter rarely strays too far from controversy.

‘Platinum’, who has recently moved to the world of bare-knuckle boxing from mixed martial arts (for the time being anyway), is enjoying a career resurgence in his new home at BKFC, having bested both Julian Lane and Michael ‘Venom’ Page in his two outings for the promotion thus far.

Perry is currently in Russia where he travelled with his friend and training partner Alex Nicholson who is slated to fight Vagab Vagabov and, for reasons known only to the promoters, appears to have been placed in a face-off with Russian MMA fighter Magomed Ismailov who is set to face Serbia’s Aleksandar Ilic in an upcoming boxing match.

Perry, though, appears to be keeping his options open for future bouts and came close to throwing down with Ismailov after the Russian threw a looping slap after some back-and-forth badmouthing.

You can check out the footage below:

This might be one of the most random match ups in recent memory. Heated Face Off between Magomed Ismailov vs Mike Perry pic.twitter.com/Kk0L2XCsmW