You won’t see many better knockouts in MMA this year. 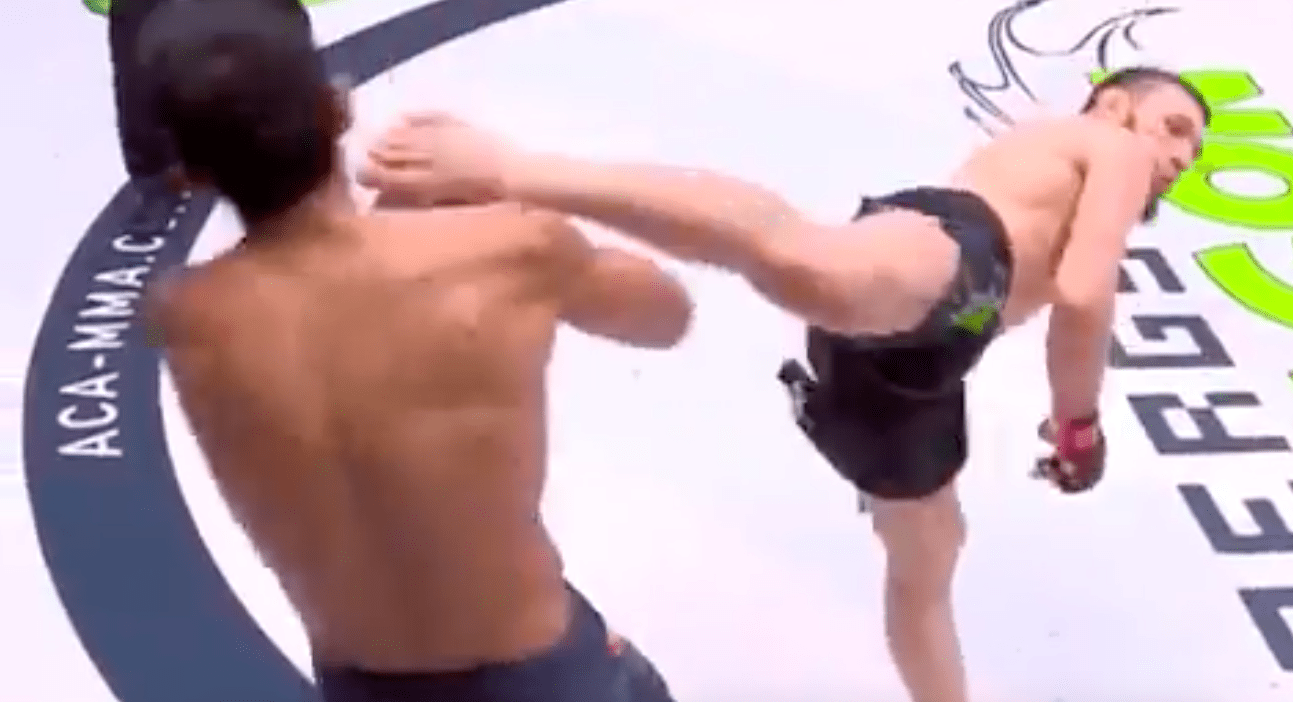 Magomed Bibulatov, who went 1-2 in a three-fight stint in the UFC, won’t have many more spectacular finishes on his record that the one he earned last weekend after he scored a sensation finish of Brazil’s Rodrigo Praia at ACA 112.

The 32-year-old’s decisive spinning back kick KO has gone viral in recent hours, with fans labelling the stunning technique as among the best finishes seen in global MMA in 2020, and perhaps the best knockout of its type since Edson Barboza flatlined Terry Etim with a similar technique several years ago in the UFC.

The win was Bibulatov’s third on the bounce since he left the UFC after a pair of defeats to John Moraga and Rogério Bontorin. The win, or more specifically the manner in which he achieved it, could well have some of the world’s major MMA promotions circling for his signature once more.

Check out the devastating finish below:

🌪 SPINNING BACK KICK KNOCKOUT! Magomed Bibulatov is applying for the BEST knockout of the year! #ACA112 pic.twitter.com/MyOpWHWte8

I refuse to believe something more spectacular will happen in the sports world today. Should be #1 on SportsCenter @espnmma