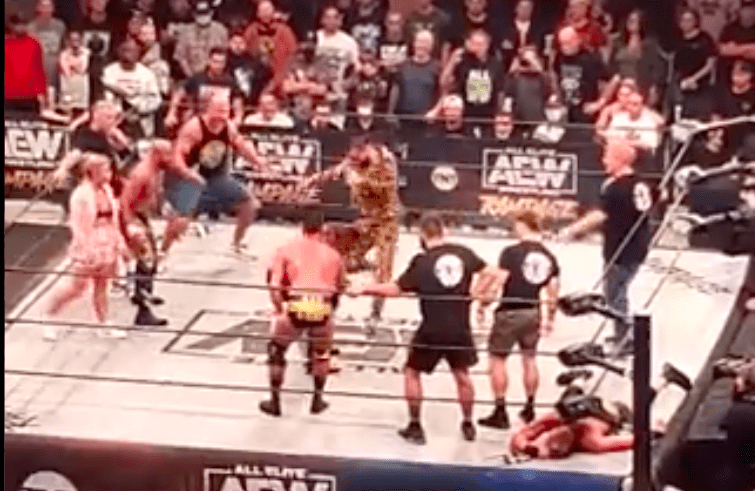 Where have we seen this one before?

Jorge Masvidal scored one of the most memorable knockouts in UFC history when he flatlined Ben Askren just seconds into their fight a couple of years ago. The flying knee knocked employed by ‘Gamebred’ on that occasion has become one of the most infamous finishes in recent MMA history — to the point that it has now had its presence felt in the world of professional wrestling.

During a Wednesday show promoted by All-Elite Wrestling, the upstart wrestling league currently upping the heat on Vince McMahon and the WWE, Masvidal took part in an ongoing storyline involving American Top Team’s Dan Lambert — and Masvidal didn’t miss the opportunity to look for another highlight reel finish, this time on wrestling legend Chris Jericho.

Masvidal with the KO on Jericho #AEW #AEWRampage pic.twitter.com/2Yh35WJuX1