Jeremy Stephens got himself a spectacular win in St. Louis tonight. 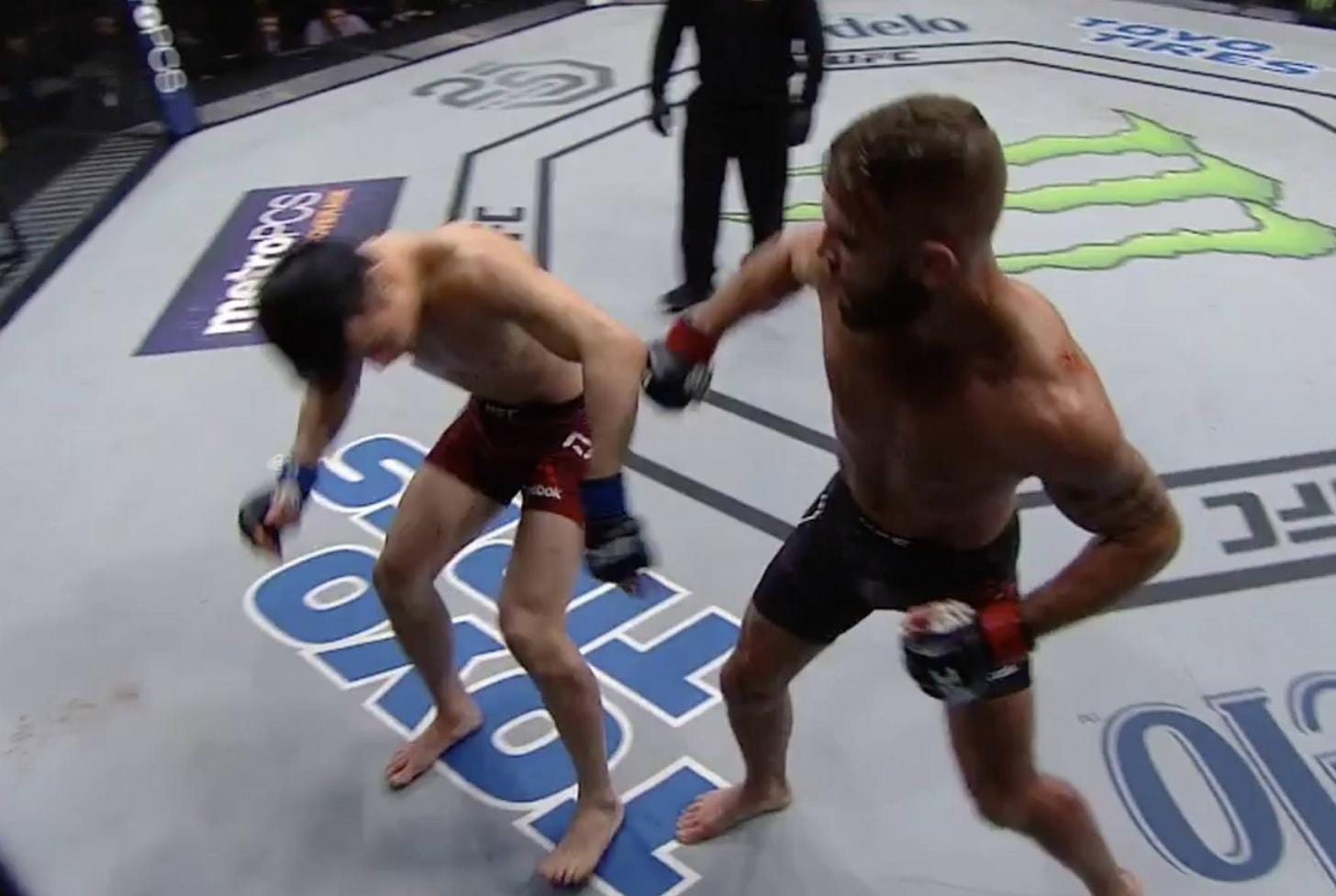 It’s been six fights since Jeremy Stephens got himself a knockout victory, but he certainly earned himself one at UFC St. Louis.

Facing off with Doo-Ho Choi in the main event, the two got into the depths of the second round when the contest began turning in the favour of Stephens. A big right hook dropped Choi, before Stephens laid another two huge punches caused the referee to step in and call it a day.

The win puts Stephens towards the top end of the featherweight division, and with a post-fight call out of Brian Ortega, it’s perhaps not long before he ends up in the title contention picture.

Stephens ROCKS Choi, then finishes him off!!! @LilHeathenMMA gets the 2nd round finish!! #UFCSTL pic.twitter.com/Ds0Dm34aI6