Rodriguez takes on Brian Ortega in a fascinating matchup this weekend 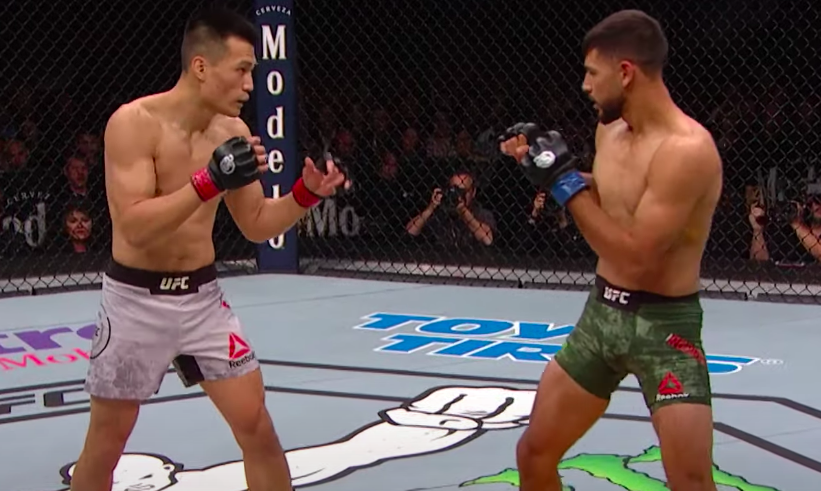 The UFC returns to New York this weekend (well, Elmont to be exact) for a fight card headlined by an intriguing featherweight clash between top contenders Yair Rodriguez and Brian Ortega.

The winner of the fight between second-ranked Ortega and third-ranked Rodriguez will be ideally placed to take on champ Alexander Volkanovski at a date in the future, though Ortega’s recent defeat to the Aussie might well mean he will have to add another couple of wins to his resume before a rematch becomes a reality.

Rodriguez, though, says that he has been promised a world title fight if he manages to dispatch Ortega on Saturday night — and the Mexican standout knows that he had underscore his credentials if he can manage to showcase his wide array of impressive finishing skills once more.

And speaking of those finishing skills, Ortega will have to be wary of the threat posed by Rodriguez right up until minute 25 — a lesson learned the hard way by the Korean Zombie back in 2018, which you can see below: