Watch Robert Whittaker’s one round destruction of Brad Tavares from May 2015. 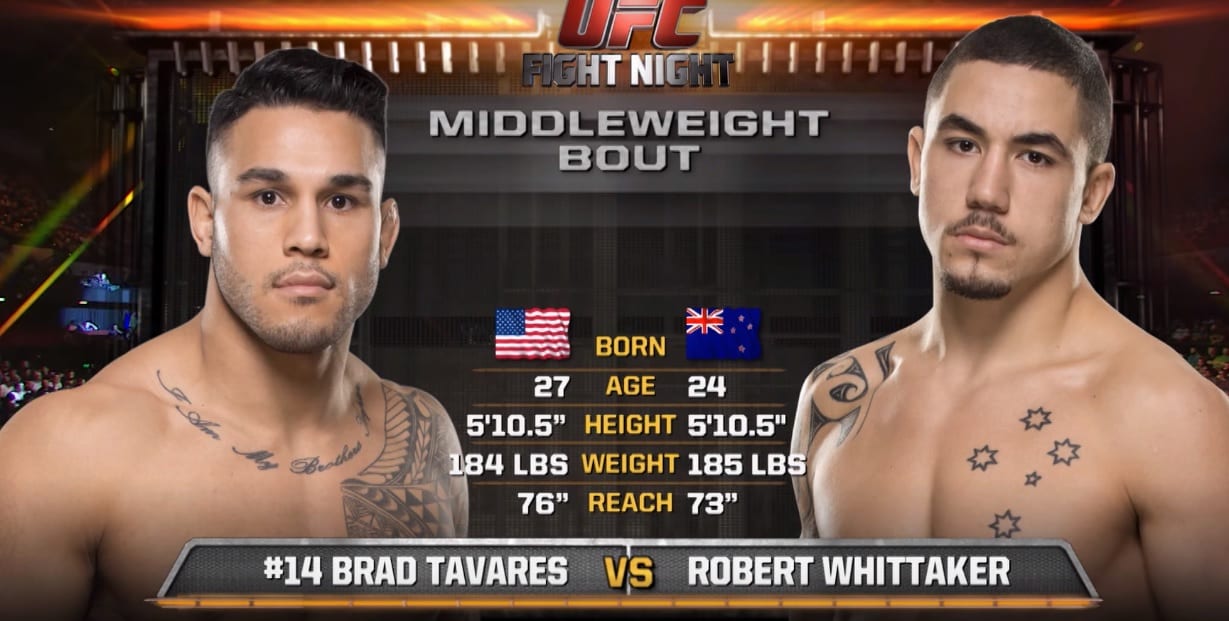 Next weekend at UFC 213, Robert Whittaker will attempt to become the first Australian fighter to hold UFC gold when he steps into the cage with fellow 185-pound contender Yoel Romero in the T-Mobile Arena in Las Vegas — and in doing so, set up an undisputed middleweight title bout with champ Michael Bisping.

The 26-year-old has rattled off seven straight victories in the hotly-contested UFC middleweight division, the last of which — a second round TKO of Ronaldo ‘Jacare’ Souza in April — was his most impressive yet. Whittaker is among the division’s most concussive striking threats but in Romero, he faces one of the most oppressive grapplers in the sport and also someone who has vast power in his own arsenal, as Chris Weidman found out last November at UFC 205.

If Whittaker is to claim the interim title against the Cuban Olympian he will likely have to rely on his strikes and, as Brad Tavares found out a couple of years back, the Australian has more than enough power to end any contest in an instant.

Watch the full fight below.