Watch: Fighter DQ’d after failing to release choke, gets into confrontation with referee
Press enter to begin your search
MMA

Watch: Fighter DQ’d after failing to release choke, gets into confrontation with referee

This is a textbook example of what not to do when your opponent taps out. 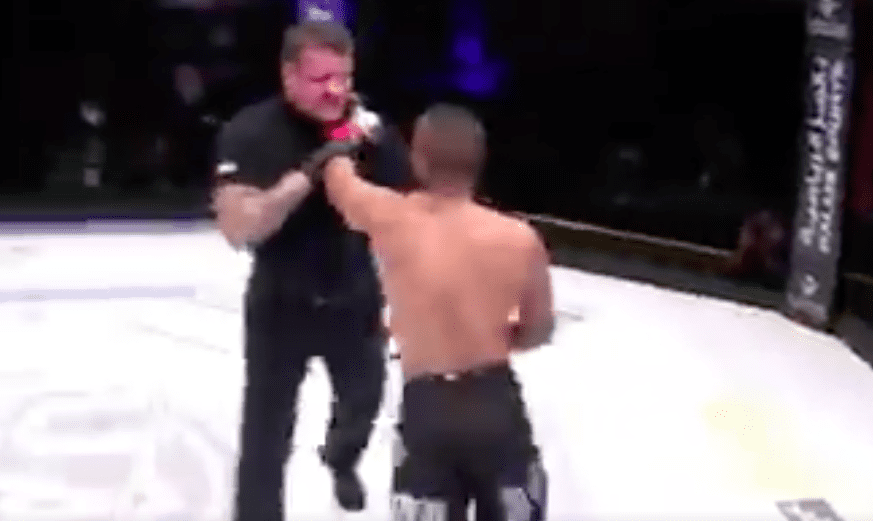 Days after the UFC finished their run of events on ‘Fight Island’, Abu Dhabi hosted another mixed martial arts event on Friday — but some elements of the UAE Warriors 12 event didn’t quite go as seamlessly as it did during the UFC’s residency.

A match between Ahmad Al Darmaki and Bogdan Kirilenko ended when Al Darmaki sunk in a rear naked choke. His opponent, Kirilenko, tapped on the canvas, at which point referee Marc Goddard stepped in to intervene. However, Al Darkami held on to the choke for a few beats longer than necessary, and Goddard wasn’t a happy man.

The official immediately remonstrated with the fighter, prompting Kirilenko to push Goddard twice and even grab the referee by the throat.

Unsurprisingly, the result of the fight was a DQ win for Kirilenko.

Ahmad Al Darmaki was just DQ’d after he refused to release an RNC against Bogdan Kirilenko. Things got physical between him and ref Marc Goddard.#UAEWarriors12 pic.twitter.com/XF1azA1Jzs