Dana White has laid out the immediate future of the light heavyweight and middleweight divisions following last weekend’s UFC 253. 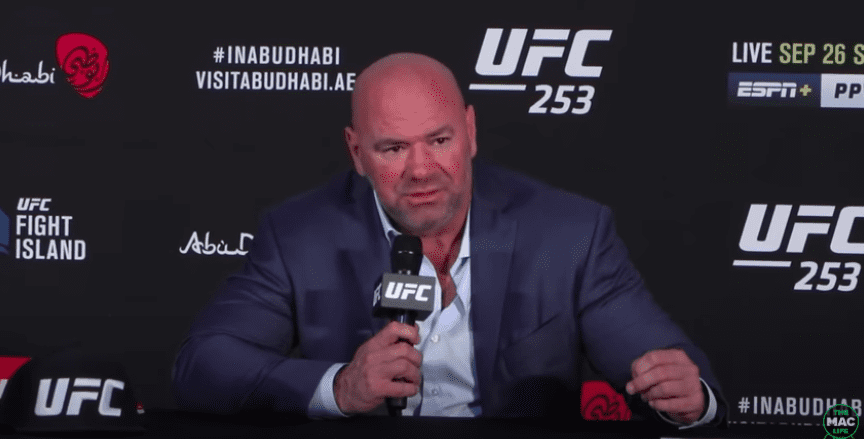 The UFC’s return to ‘Fight Island’ gave us a brand new champion in one weight class and underscored the dominance of another and with those tests well and truly passed, what exactly is up next for Israel Adesanya and Jan Blachowicz?

Adesanya came out on top against Paulo Costa in what was an uncharacteristically tepid performance from the usually all-action Brazilian slugger, winning by second round TKO to confirm his status as the world’s best middleweight. One division up at light heavyweight, Poland’s Jan Blachowicz became the first-ever European 205-pound champion in the UFC by earning his own second-round finish of bookies’ favourite Dominick Reyes.

So, with one dominant champion having emphasised his status and another having just begun his reign, in what direction does Dana White see both divisions progressing?

White told the media in Abu Dhabi, including The Mac Life, that he sees Jared Cannonier as being Adesanya’s next challenge, so long as he emerges successfully from his UFC 254 date with former champ Robert Whittaker.

“That’s the fight if Cannonier wins,” White said. “And I love that about Israel. He’s ready for who’s next, who else thinks they can beat me. The kid is an absolute stud.”

Adesanya has already called his shot, saying that he expects Cannonier to beat Whittaker on October 24 and has welcomed a fight with the 36-year-old Texan who holds knockout wins in the heavyweight, light heavyweight and middleweight divisions.

As for Blachowicz, the 37-year-old Pole who completed an impressive career resurgence by becoming the first man not named Jon or Daniel to hold the light heavyweight title in the best part of a decade, White isn’t so sure. He says that the upcoming fight between Glover Teixeira and Thiago Santos could announce a new contender — but if the division’s previous champ wants to get involved once more, that is a conversation that White appears open to.

“Those are the guys that are fighting for the next shot,” White said of Santos/Teixeira. “But obviously if Jon Jones wanted that fight, we wouldn’t deny Jon Jones the opportunity.”