‘What a warrior this woman is’: Conor McGregor pays tribute to teammate Sinead Kavanagh after Bellator win
Press enter to begin your search
MMA

‘What a warrior this woman is’: Conor McGregor pays tribute to teammate Sinead Kavanagh after Bellator win 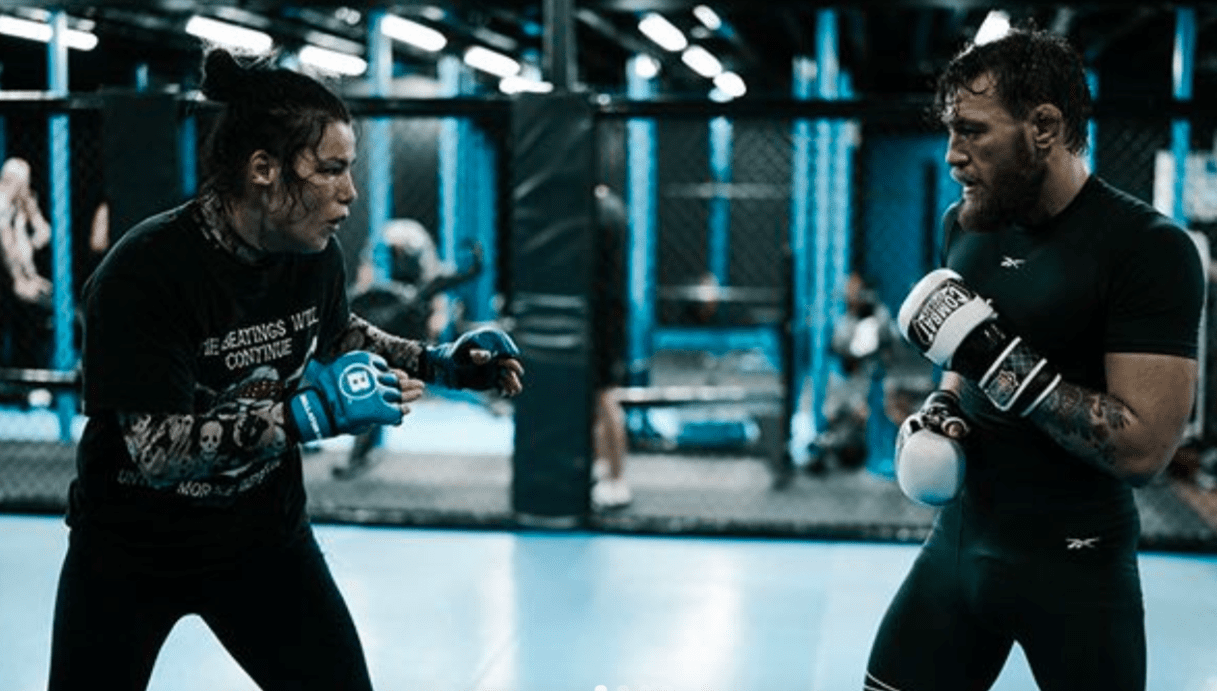 Chalk another one up for Bellator’s SBG contingent.

Sinead ‘KO’ Kavanagh very much lived up to her moniker with a second round TKO victory against the Brad Pickett-trained former Bellator world title challenger Olga Rubin at the Bellator 234 card in Tel Aviv, Israel on Thursday.

The win represents arguably the biggest victory of the SBG fighter’s career to date and comes against an opponent who Bellator brass deemed worthy of a world title opportunity against featherweight champion Julia Budd just four months ago — and should provide a shot in the arm for Kavanagh’s own world title aspirations.

Noting her success, Kavanagh’s teammate Conor McGregor paid tribute to his training partner saying: “Big congratulations to my team mate Sinead Kavanagh on her big win tonight! What a warrior this woman is. Up the Kavanaghs.

Big congratulations to my team mate @sineadkavanagh86 on her big win tonight! What a warrior this woman is ❤️ Up the Kavanagh’s Siothchain Agus Farisinge ⚔️ “Peace and Plenty” What a clan.

Kavanagh’s performance opens the door for further challenges for the longtime SBG stalwart. The recent addition of Cris Cyborg to Bellator’s featherweight roster has shaken up the division currently ruled by Canadian fighter Budd, while Kavanagh has also spoken of her desire to rematch ex-UFC fighter Leslie Smith who was handed a tight, majority decision win against the Irishwoman in July.

Whatever Kavanagh’s next move might be, one might suspect that it will come during Bellator’s next event on Irish soil in the first quarter of next year — and following the magnitude of her success in Tel Aviv on Thursday, she can expect a typically raucous reaction from the rarely subdued Irish fanbase.