Watch Dustin Poirier finish Diego Ferreira in the first round in his return to lightweight in 2015. 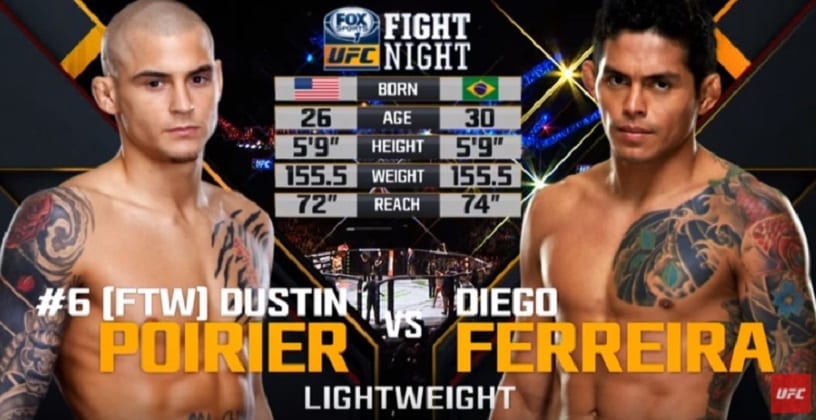 After the fireworks last weekend in New York City, the UFC returns to action on Saturday in Norfolk, Virginia, for a card headlined by a pivotal lightweight clash between divisional contenders Dustin Poirier and former champion Anthony Pettis.

Both Poirier and Pettis are considered by most to be among the 155-pound frame’s most exciting fighters, yet both are in need of a statement fight this Saturday night. Pettis comes into the bout on the back of a win against Jim Miller, his first at lightweight since a less than successful sojourn to the featherweight division.

Poirier, meanwhile, last fought to a No Contest with Eddie Alvarez in May after the referee called the bout after he was on the receiving end of an illegal Alvarez knee. Before that he earned a close win against Jim Miller, a recent common opponent of the two.

The winner in Norfolk this weekend will be ideally placed to renew their run at the top of the division. The loser? They’ll have to contend with moving to the back of the line in what is becoming a division filled with contenders.

You can reacquaint yourself with Dustin Poirier by watching his first round finish of Diego Ferreira below: