Mike Perry is super tough.. and now he has the looks to prove it. 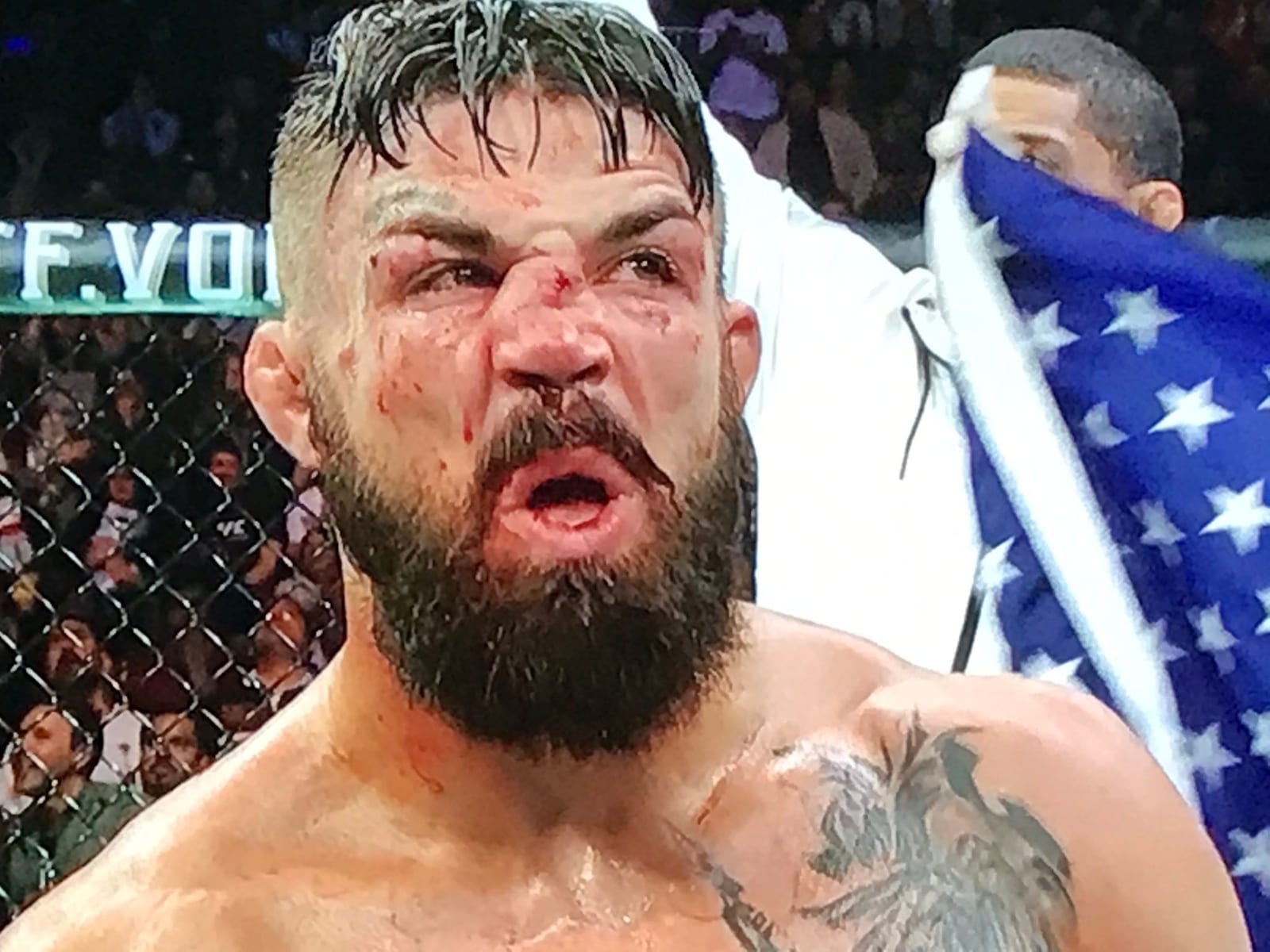 Tonight at UFC Uruguay, Mike Perry’s performance against Vicente Luque was an opportunity to remind us all.

Perry and Luque went back and forth over the course of three rounds en route to a Luque split decision victory (with the judges scoring the bout 28-29, 29-28 x 2). But while the bout featured big hits and hard shots, the real takeaway was the state of Perry’s nose upon completion of the bout.

Luque hit Perry with a big knee in the third round, and while Perry managed to take the contest to the ground, as soon as the bell rang and the fighters got to their feet, the damage was immediately visible. Check out the damage below.