Calvillo appears close to collapse in the disturbing video. 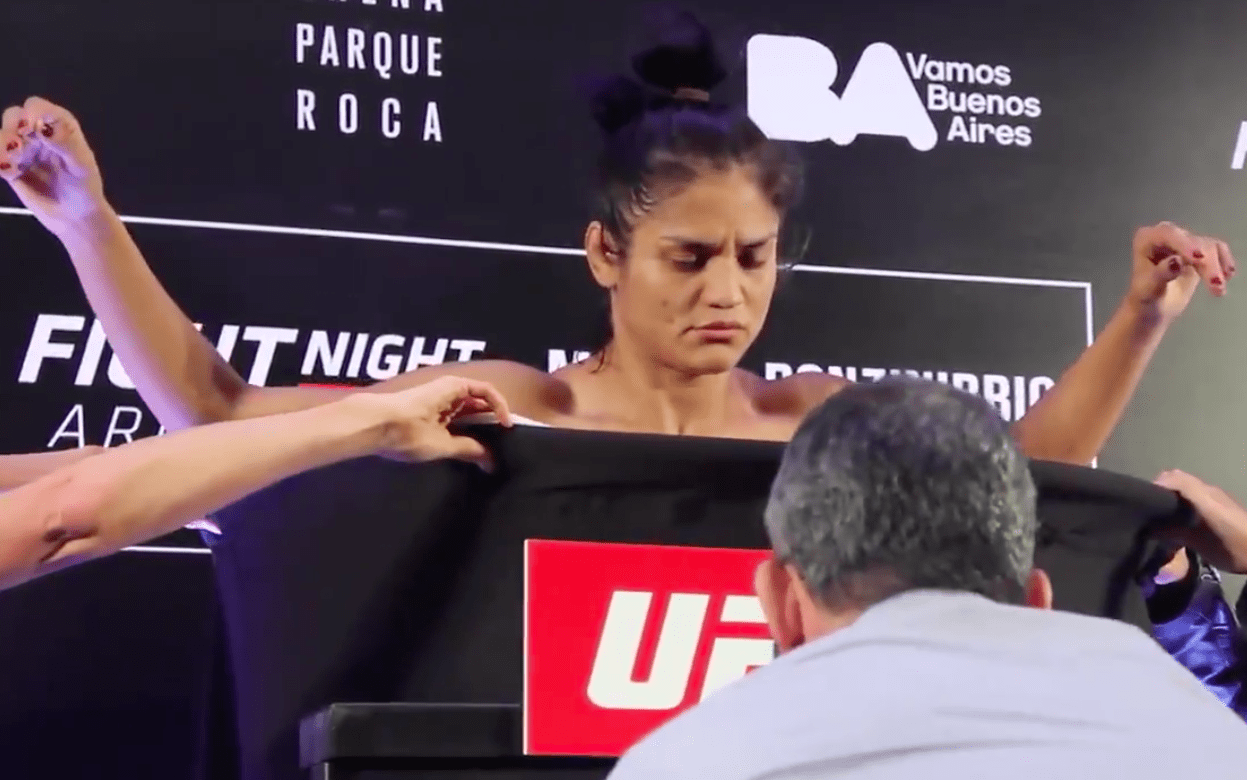 The practice of weight cutting in mixed martial arts has had its detractors in recent times and those opinions look set to intensify after this morning’s weigh-ins in Buenos Aires.

Cynthia Calvillo, a 6-1 strawweight who is set to clash with Poliana Botelho at Saturday’s event, appeared to struggle to even walk to the scales on Friday morning, registering 118-pounds on the scale, two pounds above the weight allowance for a non-title bout.

Perhaps more pertinently, Calvillo did not appear to be in fight shape ahead of the bout to take place on Saturday night.

She has been forced to surrender 20 percent of her fight purse to her opponent as a result of her weight issues.

“She did an evaluation and everything is alright,” CABMMA’s Cristiano Sampaio, the Brazilian commission who will oversee tomorrow’s card, said. “She will rest now, hydrate, eat, and then she will be ready.”

Botelho made weight without issue, tipping the scales at 115.5-pounds.

Check out the video of Calvillo’s weigh-in below, via MMA Fighting.