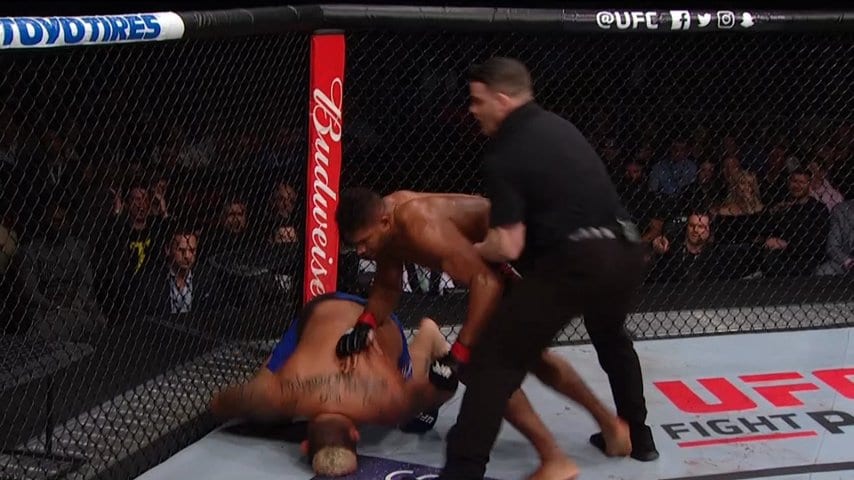 Alistair Overeem rebounded from his most recent loss to Stipe Miocic with an impressive performance against Mark Hunt — culminating in a huge knockout.

The two went back and forth over the course of two rounds, each landing heavy blows on the other, but it was Overeem who scored the decisive strike, kneeing Hunt to the head in the clinch, putting the Samoan to sleep almost immediately.

Official: Alistair Overeem def. Mark Hunt via KO (knee) at 1:44 of the 3rd round. #UFC209 pic.twitter.com/OPrjebuZMp

“He’s a tough guy, he’s not been finished many times. We’re not done yet.”

The KO came after a notable moment in round one, where a checked kick left Hunt with an exceptional gash in his shin, and blood pouring to the ground — something Hunt said was a sign of a worse injury.