Video: Aalon Cruz gets signed on the spot at Contender series with insane flying knee
Press enter to begin your search
MMAVideos

Video: Aalon Cruz gets signed on the spot at Contender series with insane flying knee

Welcome to the UFC. 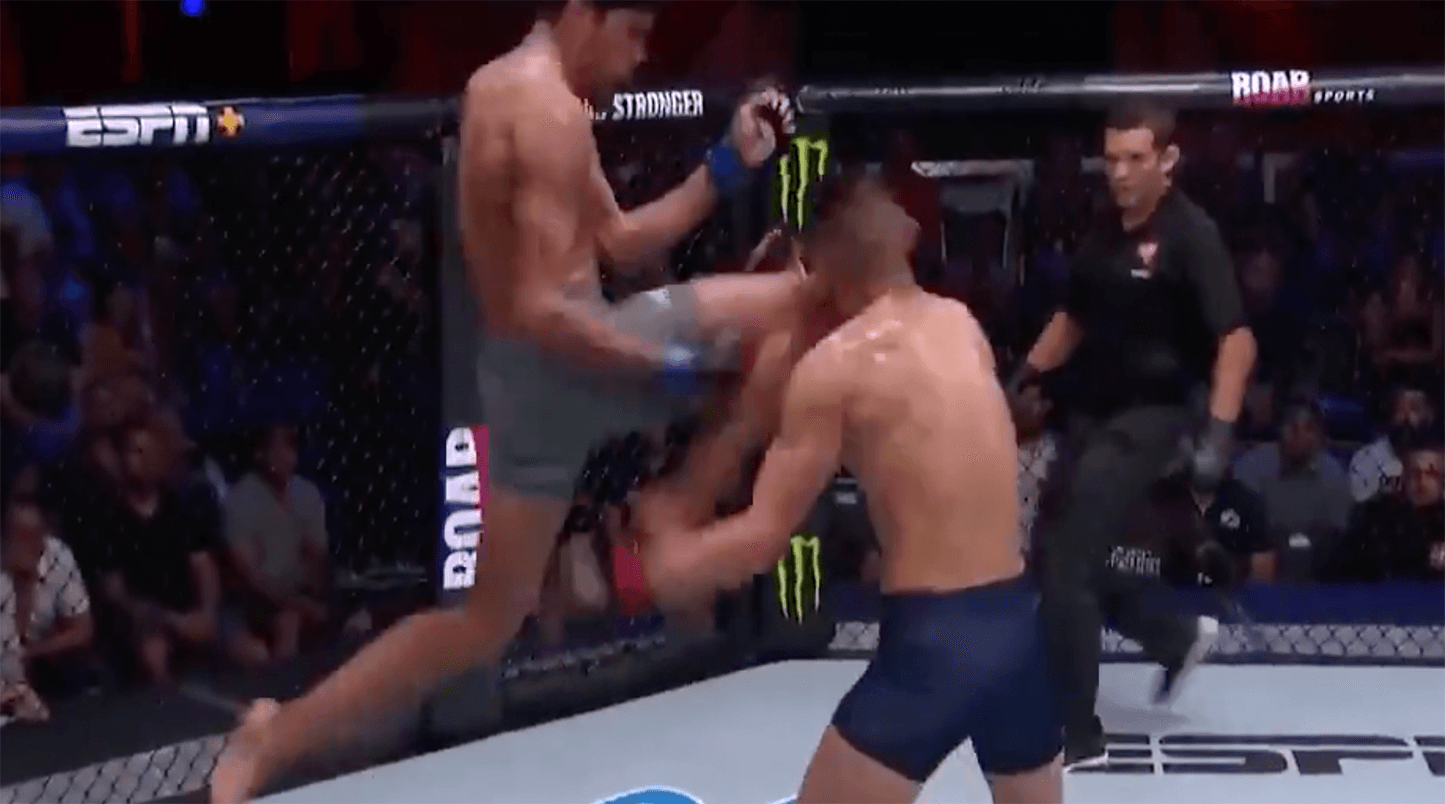 So you wanna get signed by UFC president Dana White? If so, just follow the example of a mister Aalon Cruz.

Tonight during the latest episode of Dana White’s Contender Series, Cruz made his mark in front of the UFC boss — something notoriously difficult to do — by going to battle with fellow featherweight Steven Nguyen before landing a stunning flying knee.

Nguyen was out cold before he hit the canvas, and White had his pen out nearly as quickly.

Check out the stunning blow below:

ARE YOU KIDDING ME?! 😱 #DWCS@danawhite signed @AalonCruz to the UFC on the spot after this KO pic.twitter.com/xLdgaMHPBK