After it appeared in doubt earlier this week, UFC Tampa now officially has its main event. 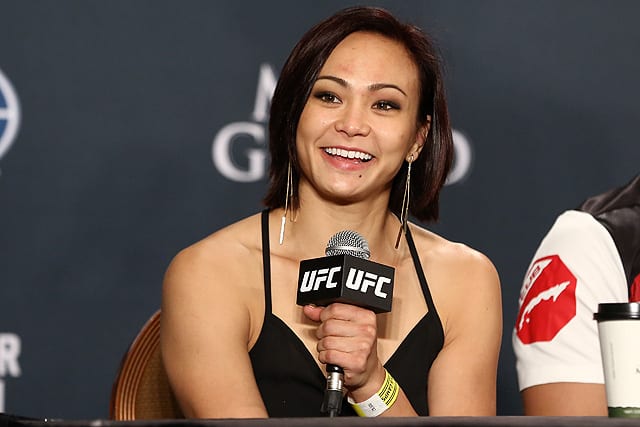 Fears that the UFC would be forced to make a last-minute change to the headline bout of Saturday’s card in Tampa, Florida have been waylaid after Joanna Jedrzejczyk tipped the scales inside the strawweight limit at Friday’s early weigh-ins.

The Polish former champion’s fight with Michelle Waterson had been thrown into jeopardy earlier this week when reports emerged that Jedrzejczyk had informed the UFC that she would be unable to make weight for the event. It was at this point, again per reports, that the UFC approached Waterson with the idea of making the bout a catchweight affair, which was refused.

Waterson also turned down a potential bout with Mackenzie Dern, who also competes on Saturday’s card.

However, with the UFC said to be thinking of canceling the bout entirely and upgrading the meeting between Cub Swanson and Kron Gracie to the main event slot, Jedrzejczyk came through and fulfilled her part of the deal by registering a weight of 115.5 pounds. Waterson, meanwhile, hit an even 115 pounds to make the fight official.

None of the fighters — including Dern who had a baby in June — missed weight.