Can Craig White pull off an unlikely victory against UFC veteran Neil Magny in front of his compatriots? 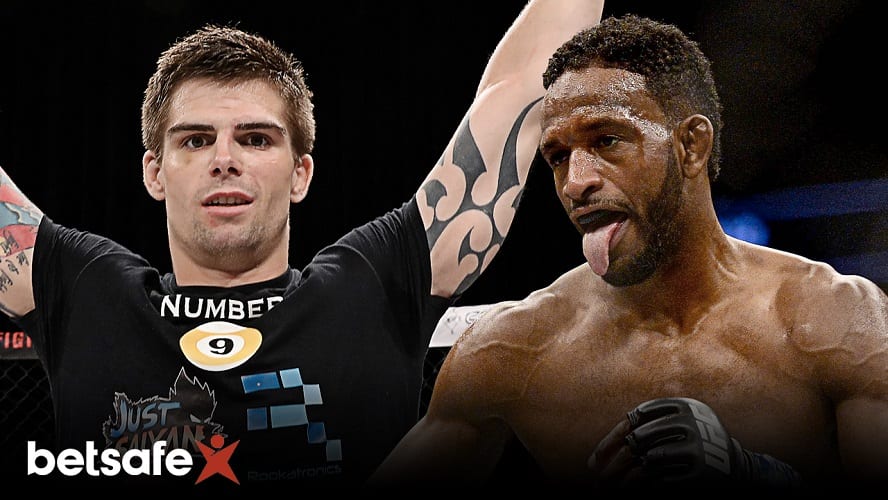 The knee injury Gunnar Nelson experienced in training which forced him to withdraw from the UFC Liverpool main event was unfortunate for him but for Craig White it represents the biggest single opportunity of his career.

White, a Cage Warriors standout, was drafted in to replace the Icelander against Neil Magny on Sunday in the Echo Arena and he will be hoping that the crowd support from his compatriots will help him pull off what would be an unlikely, underdog victory against UFC veteran Magny.

White (14-7) will bring a four-fight win streak with him to the cage on Sunday, three of those being first round finishes. ‘The Thundercat’ has a diverse range of attacks too, as shown by the five TKOs and nine submissions on his career ledger. He has only been to a decision once in his 21 fights.

Magny, though, will be a tough puzzle to solve. The veteran welterweight has been a beacon of consistency since his UFC debut in 2013. He is best known for  10-1 streak in the division between in a two-year spell between 2014 and 2016, taking in wins along the way against Kelvin Gastelum, Hector Lombard and Tim Means.

He is an aggressive top control wrestler with a great fight IQ. Rarely does he appear in trouble either on the feet — as he stays behind his long, rangy jab — or in grappling sequences, so White will have to take a chance or two in order to put Magny outside of his comfort zone.

White is a very dangerous finisher and will no doubt be buoyed by the support from the crowd, but make no mistake of the size of the task he faces on Sunday night.

Unsurprisingly, Magny is the favourite to pull off the win in Liverpool on Sunday night. That said, White’s finishing ability makes him a very live underdog.

The storybook pick would be for White to pull off an unlikely finish early in the fight, likely by submission, but this ain’t no fairytale. Magny is one of the most solid and consistent fighters in his division and won’t present many opportunities for White to capitalise on. The pick is Neil Magny via unanimous decision.