The injury left Benitez’ shin bone visible through the gash. 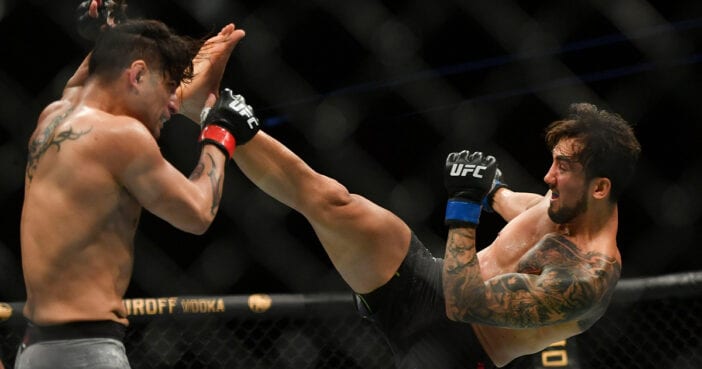 Well, this one is going to leave a mark.

UFC lightweight Gabriel Benitez won’t forget his trip to Florida to fight Omar Morales anytime soon, after the Mexican fighter suffered a large gash on his shin in the second round which left his shin bone in plain view for the audience watching at home.

Incredibly, despite the inches-long gash, Benitez fought through to the final bell where he dropped a decision to Morales but no one who witnessed the scrap will be left in any doubt as to the Mexican’s toughness. The injury occurred after Benitez landed a series of kicks midway through the fight, with commentator Daniel Cormier — who trains with Benitez — saying that he has the hardest kicks out of anyone in his gym.

Check out the photos below — but these sure aren’t for the faint of heart.