TheMacLife.com is live at UFC Fight Night 118 from Gdansk, Poland. 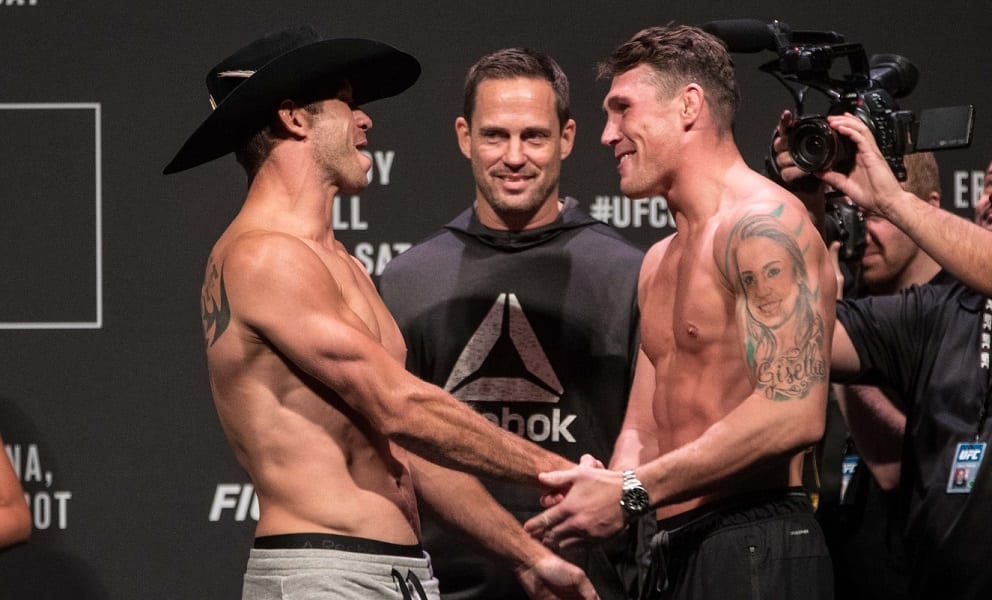 Gdansk, Poland — The UFC’s second trip to Poland is live from the Ergo Arena in Gdansk, headlined by a card which will certainly have interesting implications on the UFC’s 170-pound fold.

Donald Cerrone fights outside of the United States for the first time in his mixed martial arts career. A win on Polish soil for ‘Cowboy’ will tie Michael Bisping’s record of 20 UFC victories, a statistic he will have achieved in six less years than the Englishman.

Standing in Cerrone’s way is Darren Till, an undefeated fighter who remains something of an unknown commodity in the UFC’s welterweight fold.

Elsewhere on the card, a host of Polish fighters, including c0-headliner Karolina Kowalkiewicz, will look to harness the energy of a vibrant Ergo Arena and turn it into success inside the Octagon.

Irish interest in the card is aimed solely at Artem Lobov who takes on Andre Fili.

Welterweight: Donald Cerrone vs. Darren Till — Darren Till wins via TKO (punches) – Round 1, 4:20