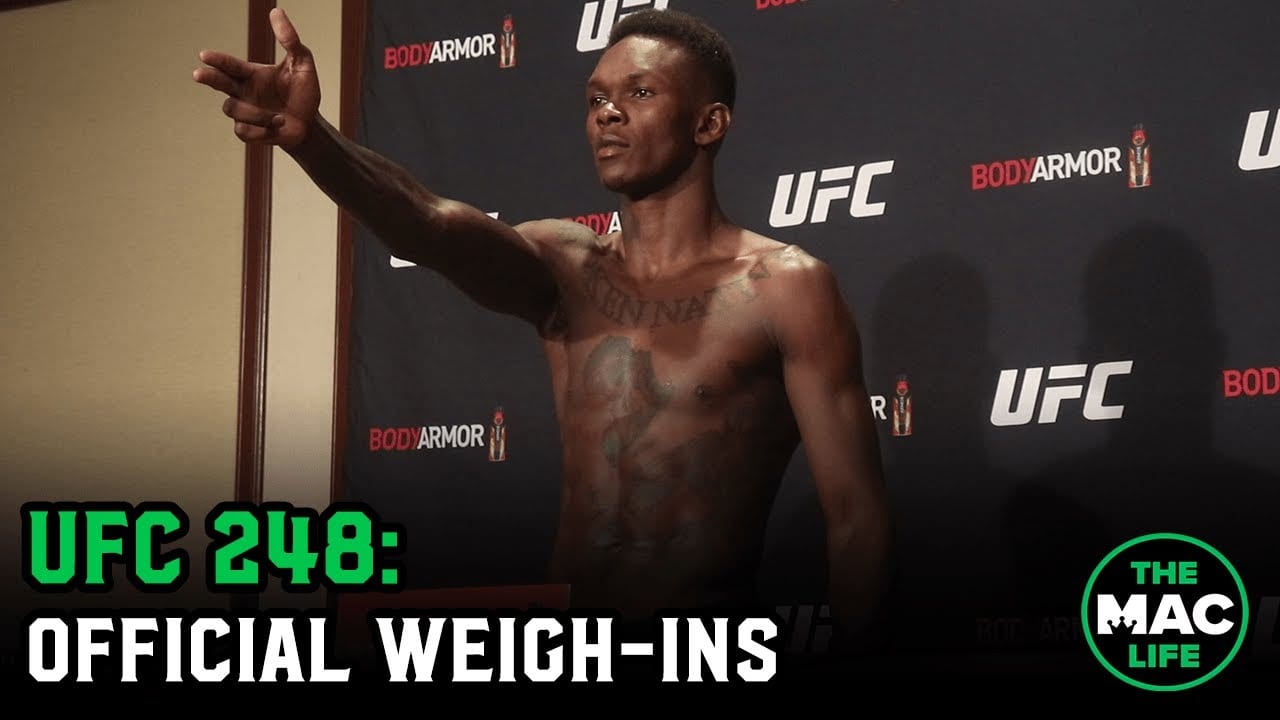 He left it late but any worries of Yoel Romero missing weight ahead of his UFC 248 title bout against Israel Adesanya proved to be without foundation.

The 42-year-old former Olympic wrestling silver medalist was the latest competitor to step on the scales but with just 15-minutes left in the official weigh-in window (and hundreds of worried missives on Twitter from fans), he finally emerged to step on the scales to register a weight of 185 pounds even.

(Much) earlier in the window the champion also successfully made weight, registering 184.5 pounds. Both men will now meet in Saturday night’s hotly-anticipated title fight.

The two participants in the co-main event, Zhang Weili and Joanna Jedrzejczyk, both also weighed in at the strawweight championship limit of 115 pounds making the first of the night’s two title fights also official.

Just one fighter missed weight, with Emily Whitmire tipping the scales at 117.5 pounds for her strawweight fight with Polyana Viana. Whitmire must now forfeit 20 percent of her purse.