Who’ll win? The best of the rest from UFC 247
Press enter to begin your search
MMA

Fancy a flutter on the fights this weekend? 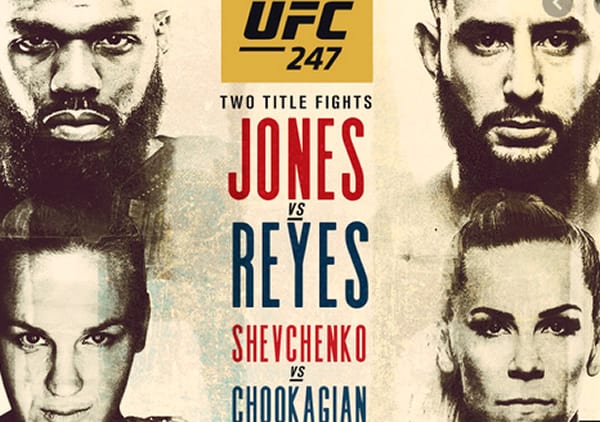 We have already looked at the two title fights which top the card at Saturday’s UFC 247 event in Houston but what else should you keep an eye on?

Jon Jones against Dominick Reyes and Valentina Shevchenko versus Katlyn Chookagian have been — and deserve to be — debated at great length but UFC 247 also contains a handful of other bouts which contain more than a little intrigue.

The main card will open with Ilir Latifi’s debut fight in the UFC heavyweight division, a decision made after two successive defeats at 205-pounds, and if the Swede struggled in his outings against Volkan Oezdemir and Corey Anderson recently, you can probably expect the same when he steps into the cage with Derrick Lewis this weekend.

Lewis, a former title challenger, snapped his own two-fight losing streak in November with a somewhat laboured split decision win against Blagoy Ivanov to follow those losses against Daniel Cormier and Junior Dos Santos but unless Latifi can implement a grappling heavy approach, this should be Lewis’ fight inside the distance.

Dan Ige, meanwhile, is a graduate of Dana White’s Contender Series and has quietly put together a run of four wins on the bounce at featherweight but in Mirsad Bektic he will stare down a sizeable uptick in competition. Bektic, once one of the 145-pound frame’s rising stars, has been on the receiving end of two vicious knockouts in his last four fights (against Darren Elkins and Josh Emmett) but has faced a far sterner level of competition compared to that of Ige.

A win for Ige would set him up for a run at the division’s big boys and he might just get it. This one should go to the scorecards and we expect Ige to shade a very, very close fight.

Finally, tucked away on the undercard is an interesting flyweight contest between Lauren Murphy and Andrea ‘KGB’ Lee. Before a close split decision loss to Joanne Calderwood, Lee had established herself as one of the division’s rising stars with seven straight wins between spells in LFA, Invicta and UFC.

Murphy, meanwhile, is 3-3 in her last six and this very much has the feel of a fight designed to get Lee back in the win column and we expect her to do just that.