Two gold belts are officially up for grabs at this weekend’s UFC 236 in Atlanta, Georgia. 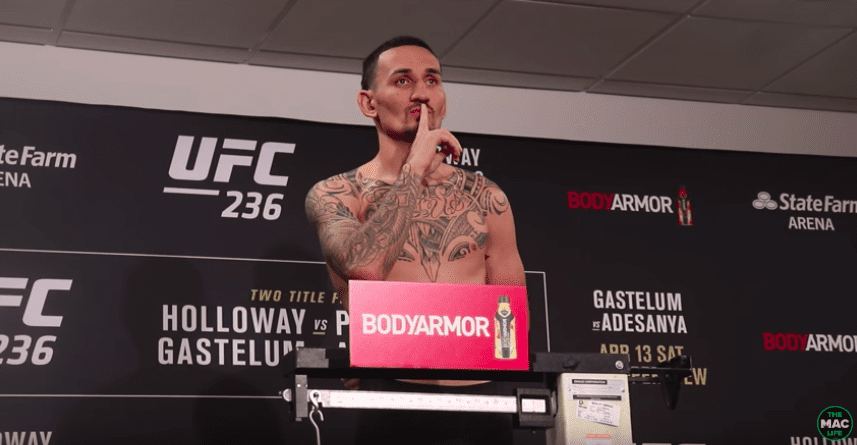 The UFC’s lightweight and middleweight divisions should have a great deal more clarity after this weekend’s UFC 236 as all four fighters involved in Saturday’s two interim title fights successfully made weight in Atlanta, Georgia.

Max Holloway’s quest to add a second championship to the 145-pound title that he already holds is just a day away as both he and opponent Dustin Poirier successfully made championship weight at Friday’s early weigh-ins. Holloway hit the scales at an even 155-pounds, while Poirier came in at 154.5-pounds. At stake? Not just the interim title, but likely a September shot against Khabib Nurmagomedov.

In the evening’s other title bout Israel Adesanya looks to continue his meteoric rise in the UFC as, barely a year since making his debut for the organisation, he will face Kevin Gastelum in a battle to raise the interim middleweight championship and become next in line for an undisputed title bout with Robert Whittaker. Both fighters came in under championship with Gastelum at 184 and Adesanya at 183.

Elsewhere, each and every one of the fighters on the remaining 10 fights all successfully hit their marks.