Check out the full fight card for UFC 229. 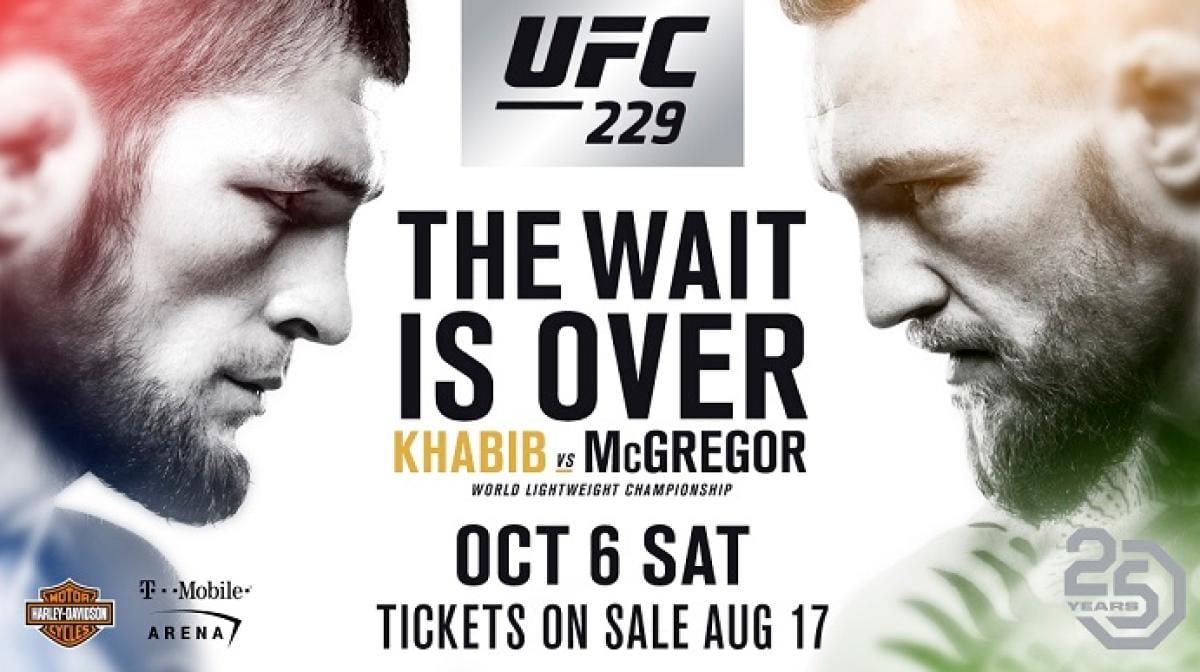 On October 6, Conor McGregor and Khabib Nurmagomedov will what is already being touted as the biggest fight in mixed martial arts history.

The pair will main event UFC 229, which takes place in Las Vegas, Nevada. Today, the UFC confirmed the scheduled bout order, as well as the card’s starting time.

Check out the full fight card below: