Keep track of all the action from UFC 217 with our live results blog from Madison Square Garden. 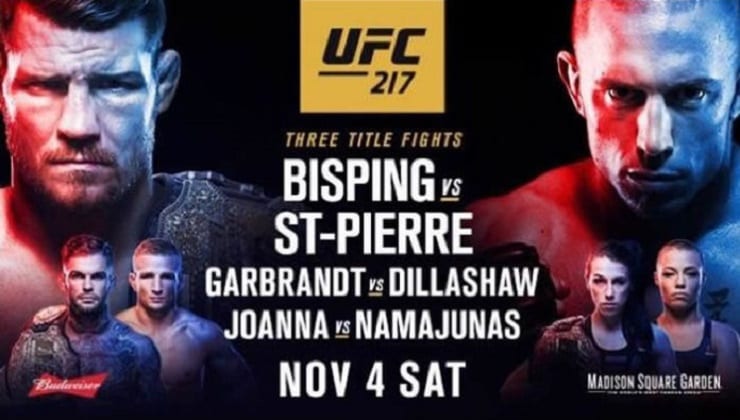 NEW YORK CITY – The UFC has returned to the world’s most famous arena, Madison Square Garden, for the second time in a little under a year and, much like their debut event in November of last year, three title fights sit atop one of the organisation’s most stacked cards of the year.

In the main event, one of the most dominant champions in the history of the sport returns after a self-imposed four year hiatus to move up a weight class and challenge current 185-pound kingpin Michael Bisping.

You can keep track of the card via our results blog below, as well as on Twitter and Instagram.