Johny Hendricks and Paulo Borrachinha speak to TheMacLife.com ahead of their bout at UFC 217. 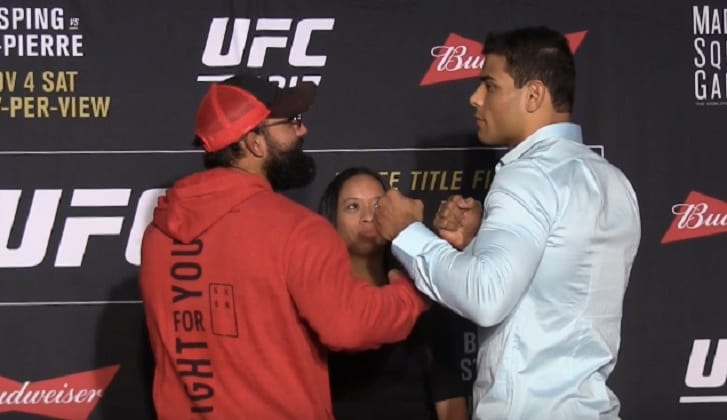 Hendricks’ move to middleweight was mandated by the UFC after a series of failed weight cuts to meet the welterweight limit. Now 1-1 in his new weight class, Hendricks faces the undefeated Paulo Borrachinha at UFC 217, a fighter he will concede three inches in height and in reach to.

The 10-0 Borrachinha, meanwhile, is a part of the new wave of threats at 185-pounds. The 26-year-old has finished every opponent he has faced, with nine of those coming by knockout and, as he told TheMacLife.com, the prospect of facing a former UFC champion in Hendricks this weekend has him motivated more than ever before to seize momentum on the biggest combat stage of them all.

You can watch the interview highlights and stare down below: