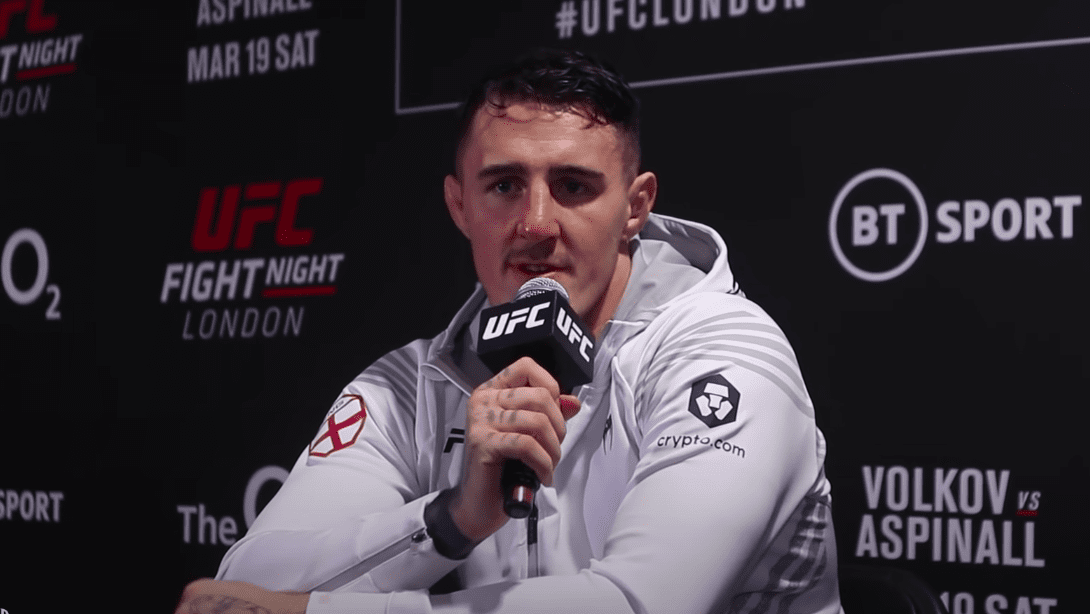 Well, that couldn’t have gone much better.

Tom Aspinall fought for the first time in the UFC in front of a crowd last Saturday night and reserved arguably the finest performance of his professional career as he outperformed Russian veteran Alexander Volkov on the feet and on the ground en route to claiming a first-round with with a straight armlock submission.

Aspinall, who has trained extensively with boxing heavyweight champion Tyson Fury, displayed all the tools which have heralded him as a top heavyweight prospect, using his nimble fleet-footedness to flummox Volkov on the feet, while also claiming two impressive takedowns — the second of which led to the fight-ending submission.

And speaking to the media, including The Mac Life, after the fight, Aspinall couldn’t help but be pleased by his handiwork.

“It couldn’t have gone any better,” Aspinall said. “That was the ideal performance. I truly thought I was gonna go five rounds. To get a guy like Volkov — who has been finished twice [in the UFC] — out of there in the first round, just shows credit to my finishing ability. My finishing ability is highest of the high level.

The 28-year-old, though, said that there are still numerous elements of his game which haven’t been seen by the wider public. After all, the Volkov win was just his fifth appearance in the UFC cage, and he has yet to see a third round.