‘There’s no conflict of schedule’: Dana White adds to intrigue as to why Joe Rogan missed UFC 271
Press enter to begin your search
MMA

‘There’s no conflict of schedule’: Dana White adds to intrigue as to why Joe Rogan missed UFC 271 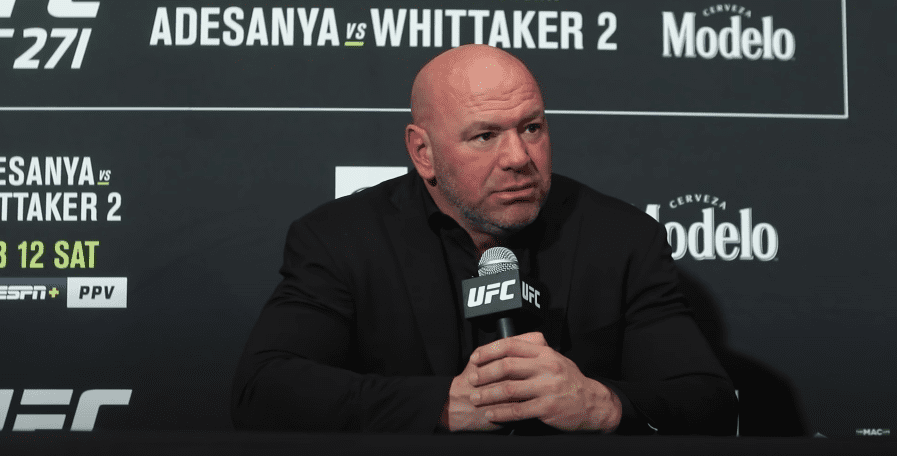 Dana White refused to elaborate on the reasoning for Joe Rogan missing Saturday night’s UFC 271 broadcast from Houston, Texas when speaking to the media at the post-fight press conference.

Rogan has been the subject of intense media scrutiny in recent weeks owing a backlash against supposed Covid-19 misinformation being broadcast on his $100 million Spotify podcast, as well as a compilation video released online showing Rogan using racially insensitive language on several occasions, most of which dated back several years.

The speculation reached something of a fever pitch when it was reported last week that Rogan, who had previously been announced as being part of the commentary team for UFC 271, was to skip the event. Initial reports indicated that there had been a so-called “scheduling conflict” but White rubbished these rumours post-fight.

“Yeah, I don’t know what Joe Rogan had to do, you guys will have to ask Joe Rogan, but there was no ‘Joe couldn’t work’ or anything like that. I know that came out. It’s total bullshit.”

As for Rogan’s return to the broadcast desk, White was tight-lipped.