‘Sit down. Take the mic from her’: Jon Jones blasted for berating female journalist
Press enter to begin your search
MMA

‘Sit down. Take the mic from her’: Jon Jones blasted for berating female journalist

It was another night of high drama at a UFC press conference. 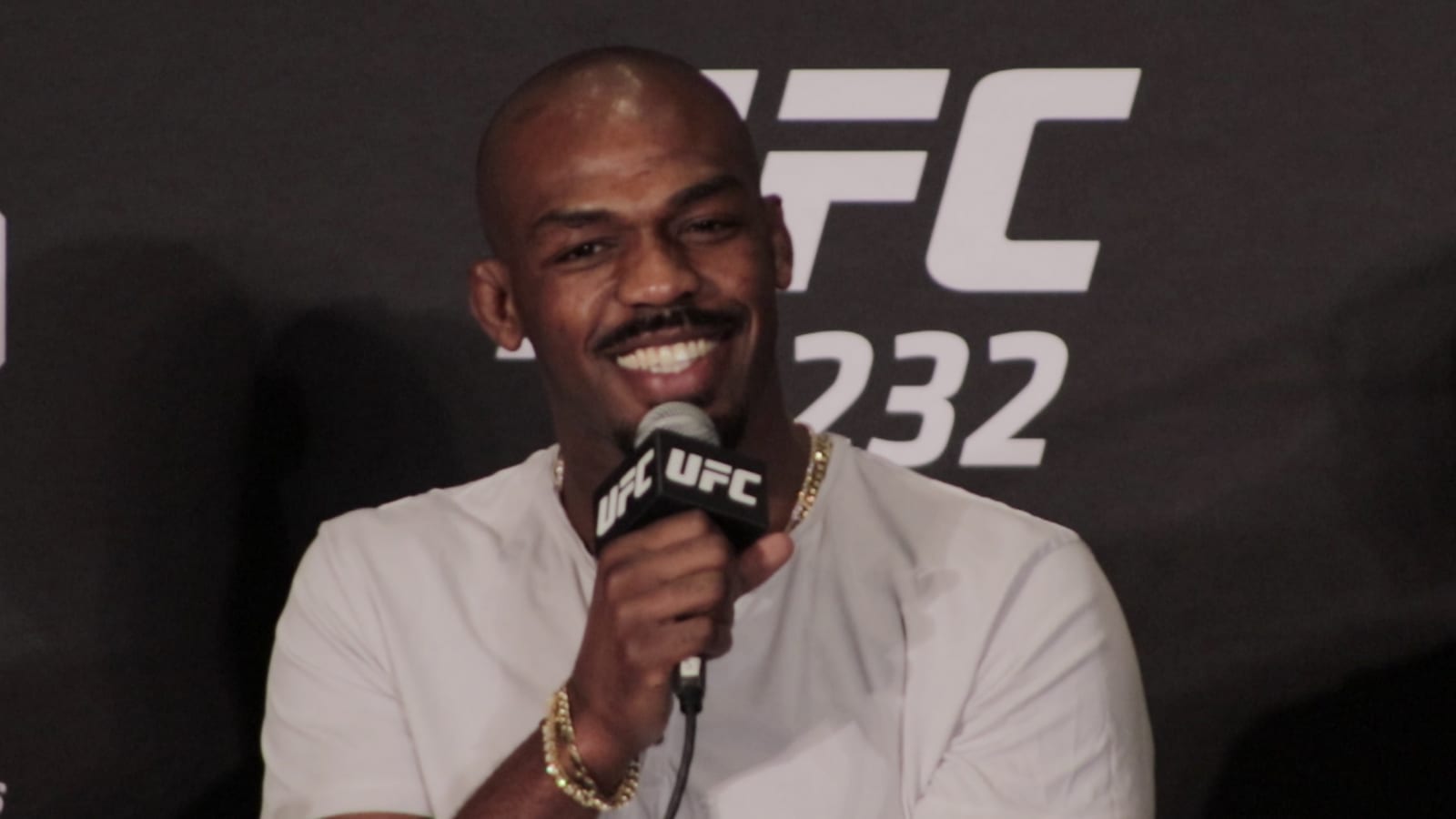 Jon Jones doesn’t appear to be taking the high road ahead of this weekend’s UFC 232 main event against Alexander Gustafsson.

The former UFC light heavyweight champion will attempt to regain the (soon to be) vacant championship under the lights on Saturday night but the event is notable for its late switch from Las Vegas to California due to drug-testing irregularities in advance of the fight on the part of Jones — and at Thursday’s official press conference, Jones didn’t appear willing to discuss the matter.

When pressed by Swedish journalist Izabelle Kostic regarding the matter of drug-testing, Jones didn’t want to bite and looked towards UFC president Dana White while declaring ‘next question’.

Kostic then offered the same question to White, who couldn’t make it out amid the noise in the room prompting Jones to once again jump in.

“Sit down. Someone take the mic from her. Better questions. Better journalism.

“You suck,” he added. “Have you been listening?”

I couldn’t watch today’s UFC 232 presser live so just caught up with everything. Have to say, I was really disappointed to see how Izabelle Kostic from @kimurasweden was treated when asking her questions, which were more than fair. I just spoke to her and she’s in good spirits.

Kudos to Izabelle Kostic for asking the RIGHT questions at the #UFC232 press conference. pic.twitter.com/auUlGm6psn