A host of new match-ups have been announced by the UFC for their return to the T-Mobile Arena in October. 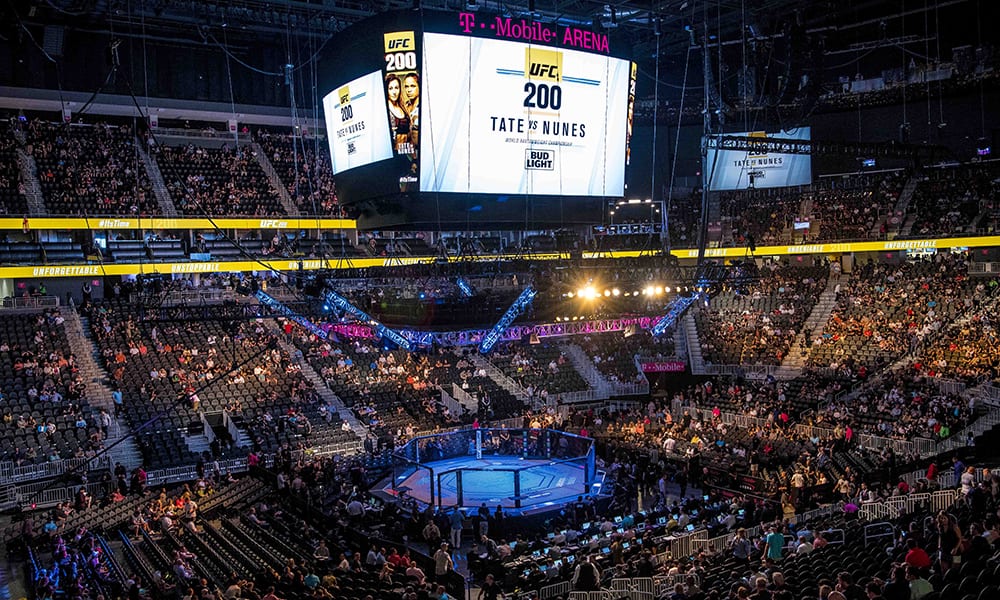 With just two months to go until UFC 216 the card for the promotion’s latest trip to the T-Mobile Arena in Las Vegas (above) was looking threadbare — until yesterday, that is. A total of seven bouts have been confirmed by the UFC to take place at the Oct. 7th card, with the most interesting (on paper, at least) being the 155-pound clash between ranked contenders Evan Dunham and Beneil Dariush.

Another match-up well worth your attention involves former flyweight title challenger John Moraga being tasked with ending the perfect 14-0 career record of Magomed Bibulatov. The hotly-tipped Russian, a former WSOF champion, overcame Jenel Lausa in his UFC debut in April and a win against the #8 ranked fighter in the division could set him up as a potential rival to Demetrious Johnson in a flyweight division crying out for contenders.

Also on the card is the return of ‘Groovy’ Lando Vannata who faces Abel Trujillo and former Bellator champion Will Brooks takes on Nik Lentz.

UFC 216 is currently expected to be headlined by a heavyweight title bout between Stipe Miocic and Cain Velasquez, though that match-up is yet to be confirmed by the promotion.

The full list of recently added bouts to UFC 216 is: