Robert Whittaker: Israel Adesanya is “definitely not a God. He’s a very good fighter, sure. But he’s not as good as he thinks he is” - MMA - TheMacLife
Press enter to begin your search
MMA

Robert Whittaker: Israel Adesanya is “definitely not a God. He’s a very good fighter, sure. But he’s not as good as he thinks he is”

Robert Whittaker believes Israel Adesanya didn’t look his best against Marvin Vettori, and there are holes to be found in the champion’s game. 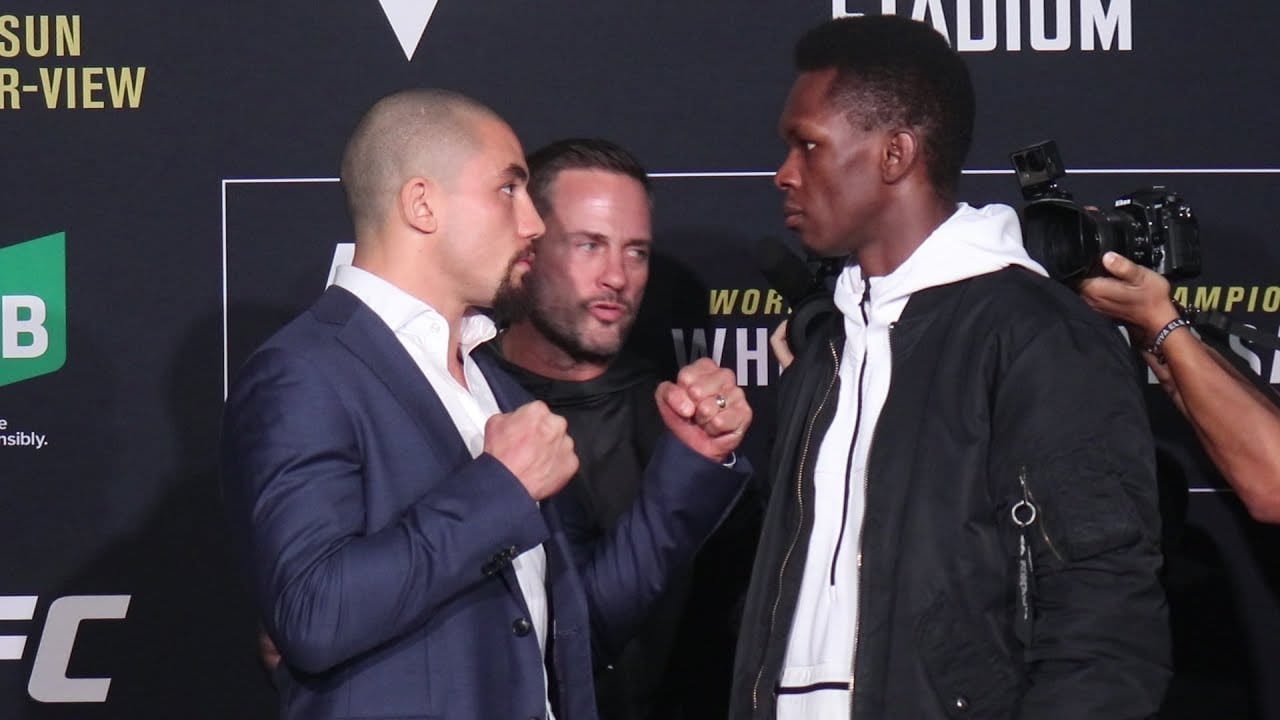 Robert Whittaker saw something he liked in Israel Adesanya’s performance against Marvin Vettori.

It’s not that the middleweight champion performed bad on the night, indeed, Adesanya rarely looked in trouble throughout his five-round affair with the Italian challenger, it’s just Whittaker didn’t see anything electric that he couldn’t work out a way to handle when they inevitably meet again in the Octagon.

“Watching that fight against Vettori, you can see he’s not untouchable,” Whittaker said, speaking to the Daily Telegraph. “It reinforced the fact that he’s very human. Very touchable. I actually thought his performance was average. Not average in the context of being bad. But he (Adesanya) never did anything more than what he had to do.

When Whittaker and Adesanya previously met, it was with roles reversed and Whittaker stood atop the division. On that occasion, Adesanya looked unstoppable and finished Whittaker in the second round after nearly ending things in the first. While Whittaker gets that achievements like that might make others think Adesanya is on a higher plane, he himself thinks there’s recent evidence that says other wise.

“And I understand why he’s been blow up to seem untouchable, on a different level to everyone else,” Whittaker continued. “But I think his loss to Jan, followed by his average performance against Vettori, it just confirms that he isn’t as untouchable as everyone thinks. Obviously, he’s already beaten me once so deserves to start our next fight as favourite.

“But I’m a much different fighter now. A different person. And I know I have the tools to beat him. So I look forward to seeing what happens later this year.”