Could surging contender Petr Yan be first for Frankie Edgar in his new home at bantamweight? 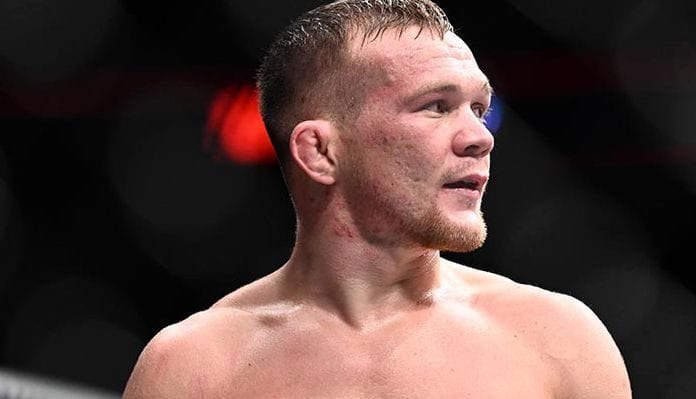 It didn’t take long into Frankie Edgar’s bantamweight tenure for some of the division’s sharks to circle around him.

The former UFC lightweight champion and multiple time featherweight title contender Edgar revealed in recent days that his time at 145-pounds is over following his UFC 240 defeat to Max Holloway, instead pursuing gold in a new weight class at 135-pounds — and now one of the fighters in the division who is knocking on the door of a title shot of his own has made his interest known in being the New Jersey fighters first test.

Petr Yan, the Russian fighter with a perfect 5-0 record in the UFC (13-1 overall), is thought to be a prime contender to face bantamweight champion Henry Cejudo (along with Aljamain Sterling) but judging by his social media at least, he says that he would put title aspirations to the side to secure a fight with Edgar.

Replying to a tweet from ESPN reporter Brett Okamoto in which he says that Edgar’s camp are primed for a bantamweight debut in Madison Square Garden in November, Yan responded with a simple hands-up emoji.

Yan’s UFC tenure has seen him claim victories against Jimmie Rivera and John Dodson, among others. He currently stands in fourth position in the UFC rankings at 135-pounds, a spot among the contenders which would likely pique Edgar’s interest

Edgar’s new division has made real the possibility of several intriguing new opponents like Cody Garbrant, Raphael Assuncao but it’s difficult to envisage a booking which would generate more interest among fans than Frankie Edgar vs. Petr Yan. Time will tell on this one.