Terry Etim appears to be badly hurt after running out into traffic. 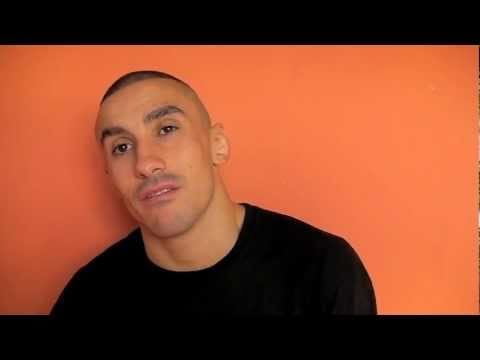 Former UFC and current Bellator lightweight Terry Etim is believed to be seriously injured after running into traffic and being hit by multiple vehicles today in Liverpool.

While details are currently scarce, it appears Etim attempted to harm himself by running in and out of the road multiple times, hurling himself into oncoming traffic, including two buses.

The Liverpool Echo broke the news.

“It was one of the worst things I’ve ever seen,” witness Andrea McCullough told the Echo. “His friends were running after him and trying to restrain him on the floor but he managed to break free and was running in and around all the cars.

“He wasn’t trying to harm anybody but himself. He was covered from head to toe in blood.”

Pictures of the scene show the bus windscreens severely damaged, and reveal that Etim must have collided them with a large force.

Etim was last seen fighting Patrick Cenoble at Bellator 109. Prior to that, he had been with the UFC for six years. In that organisation, he had notable fights against Rafael Dos Anjos, Edson Barboza and Gleison Tibau.